The Romanian Athenaeum, nicknamed the Romanian temple of arts, is an architectural jewel whose uniqueness and merits were recognized by the fact that it was classified as a historical monument in 2004 and it is part of the European heritage since 2007, which is granted to sites that have a strong symbolic value for European history and heritage. Located on Calea Victoriei, the Romanian Athenaeum is an important cultural center and a must see architectural gem, but is also defined by the fact that it is one of the oldest and most important cultural institutions in Bucharest.
This edifice hosts remarkable events, such as George Enescu’s classic music festival, an international event for the lovers of classic music.

The chief architect was Albert Galleron, who designed the building by following the useful guidelines provided by a team of Romanian architects. It must be mentioned that the famous Romanian composer George Enescu (1881-1955) conducted on March 1st, 1898, on the scene of the Athenaeum, the premiere of his enthusiastically acclaimed “Romanian Poem” and in 1914 Beethoven’s Ninth Symphony was played for the first time in the Romanian Principalities.

The 800 seats ensure perfect visibility of the stage from every point and impeccable acoustics. As a matter of fact, its exceptional acoustics place the Romanian Athenaeum Hall among the most successful constructions of its kind worldwide.

But, for us, the Romanian Athenaeum shows that Romanian people can be best friends and that we can be perseverent when we have a common goal. For the construction of this beautiful building, the Bucharest citizens gathered money for almost 28 years by using the slogan "Give one leu for the Athenaeum!" (leu is our national currency; today, one leu is around 20 euro cents). In that way they raised a big part of the necessary funds.

Since its opening in 1888, the Romanian Athenaeum has hosted a lot of important events, but, the most important for our country and for us as a nation, was the Conference of Leading Romanians who voted to ratify the Unification of Basarabia, Transilvania, Bucovina and Wallachia to constitute Greater Romania on 29 December 1919.

Maybe you are wondering why the Romanian Athenaeum has a round shape?

Well, you will make a very short incursion through the history of this magnificent building. Mihai Cantacuzino, the leader of Wallachia between 1723 and 1787, and the son of military governor Matei Cantacuzino (keep in mind the name of the Cantacuzinos because if you plan to learn more about Bucharest and its surroundings, you will hear very often about this family) built around 1764 a monastery with a great orchard in these places.

When he went to Russia, 12 years later, he donated the ground to the Episcopate of Ramnic. After a century, the monastic settlement was in ruins and was demolished. This action took place between 1864 and 1865. Instead of ruins, it was arranged the Garden of the Episcopate, a rarity that has been opened to the public between 1870 and 1874.

The neoclassical style of the building is remarkable from the outside. But when you get inside the Big Hall, you will see an impressive fresco painted by Costin Petrescu. He painted this fresco in the late '30s and it contains scenes from the most important moments of Romanian history, starting with the conquest of Dacia by Roman emperor Trajan and ending with the realization of Greater Romania in 1918.

Before going to visit the interior, do not forget to have a look at the statue of our national poet, Mihai Eminescu. 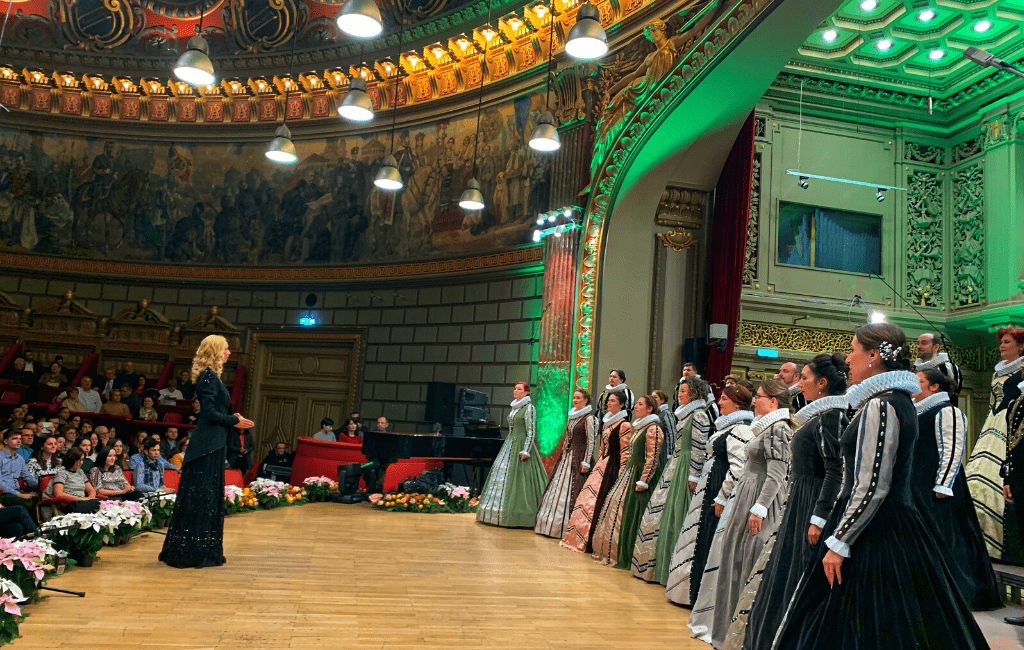 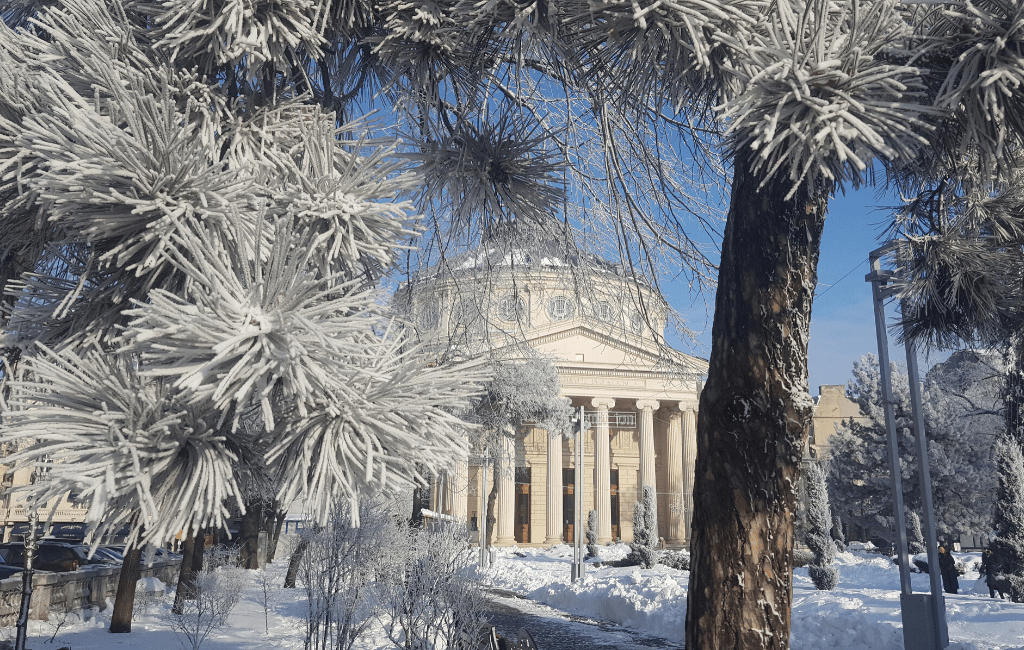 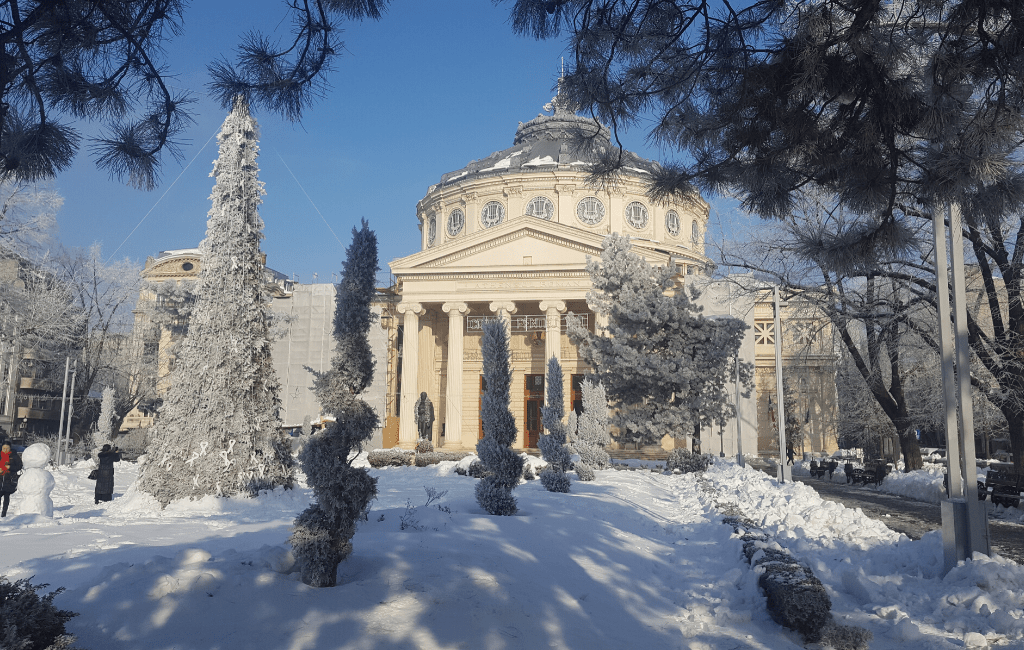 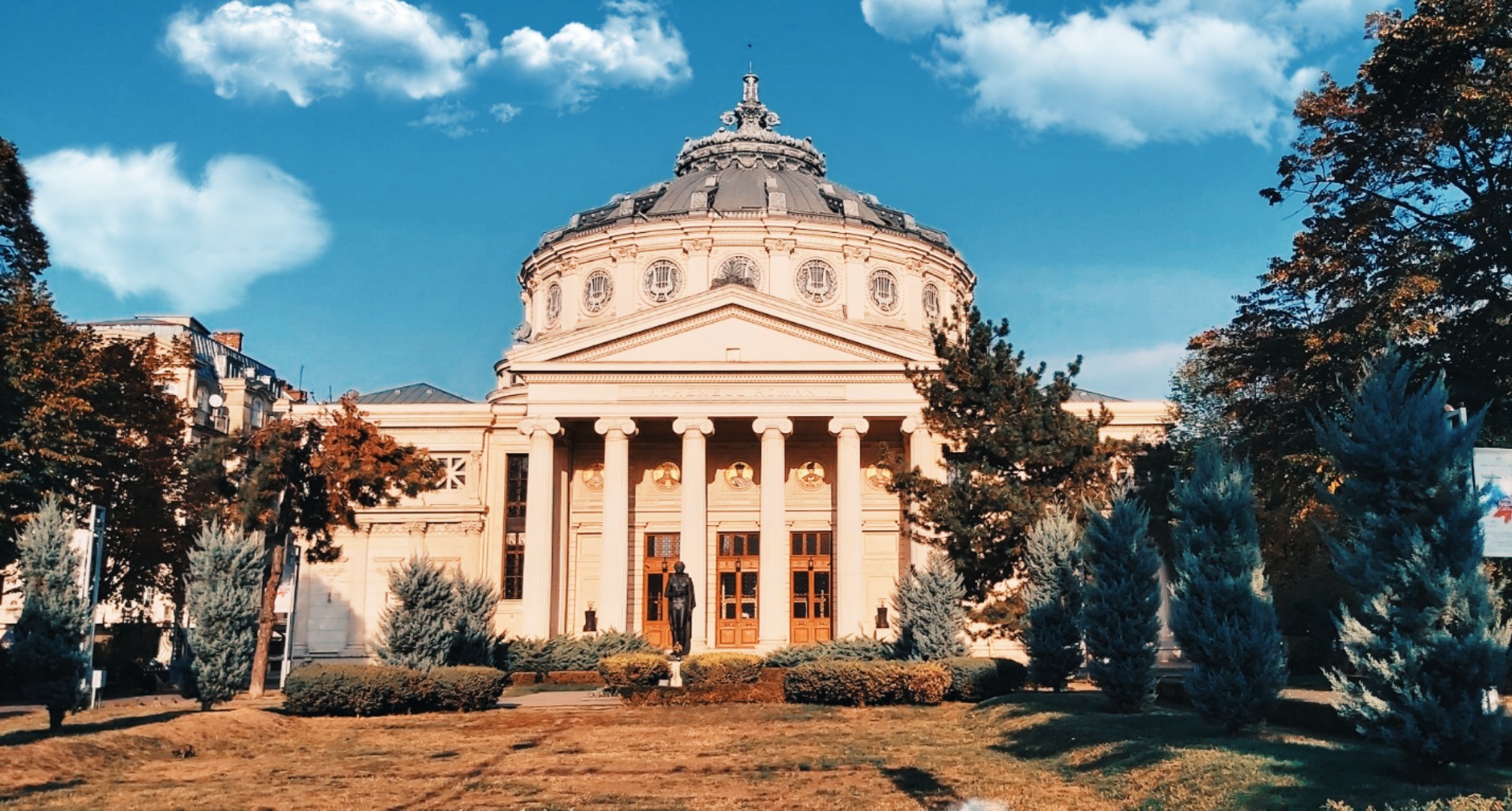 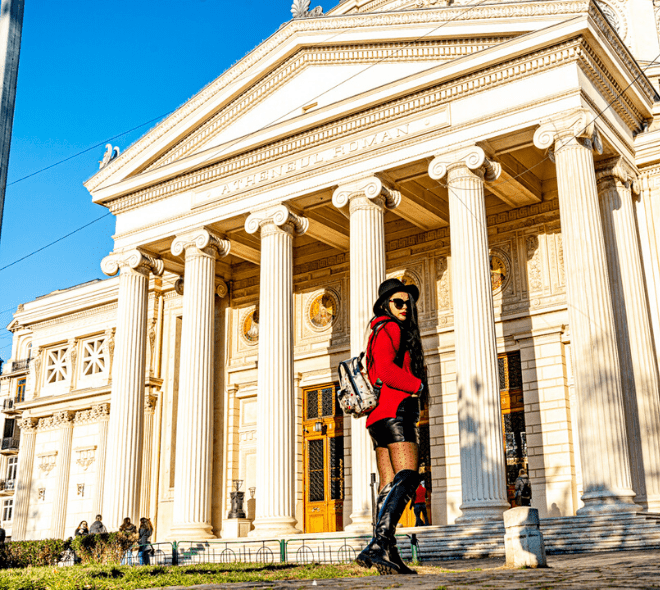 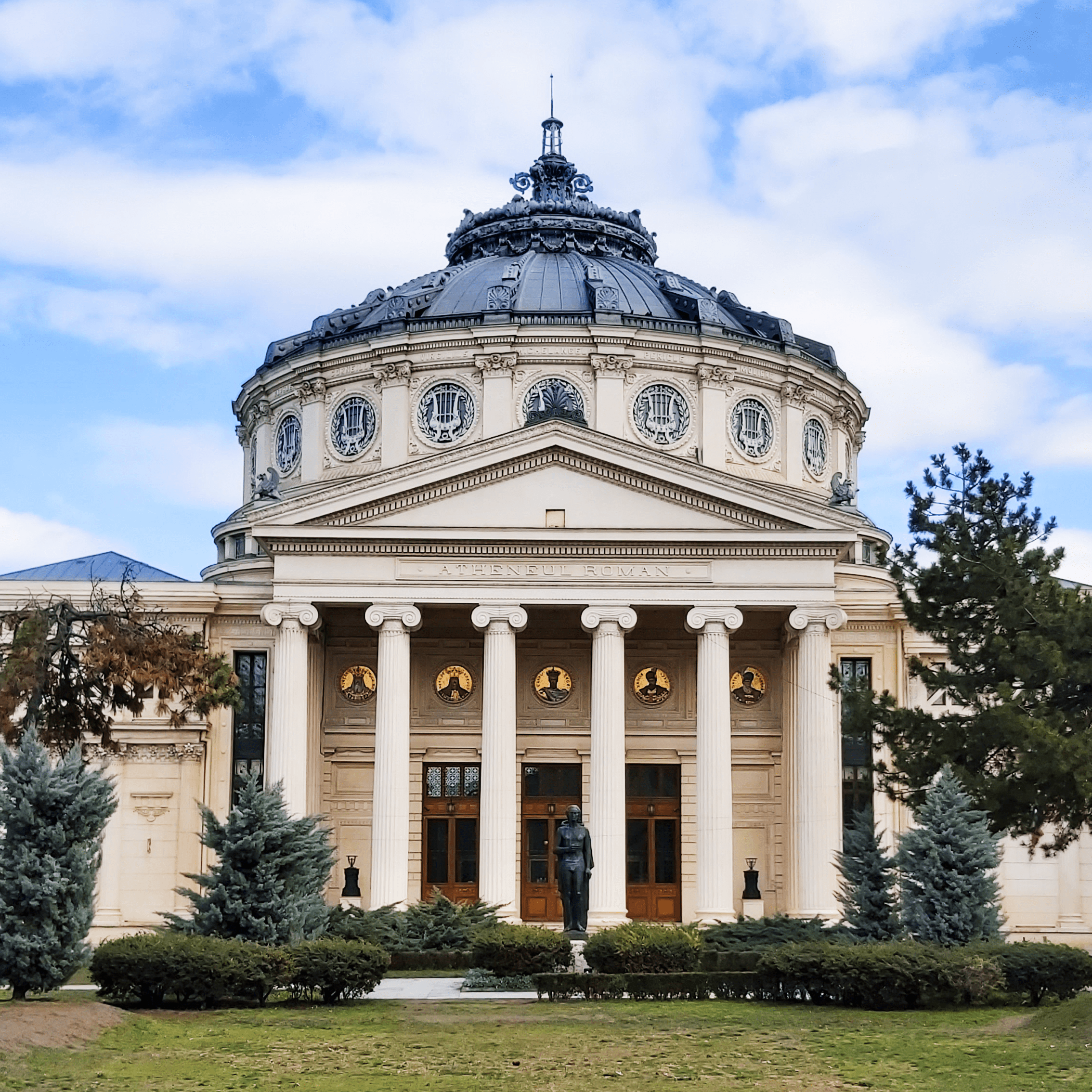 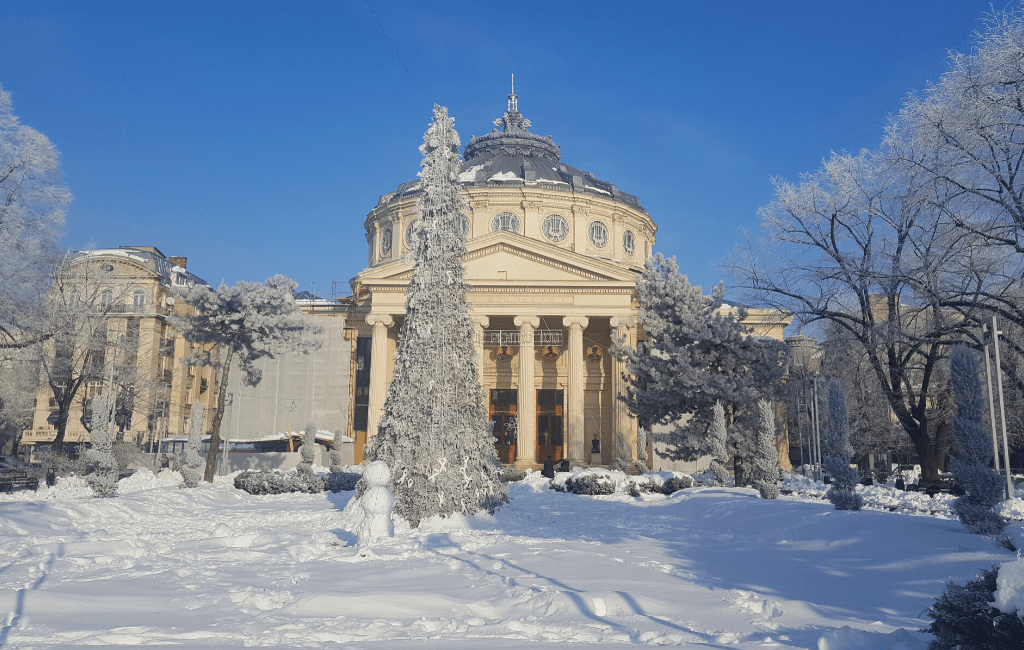 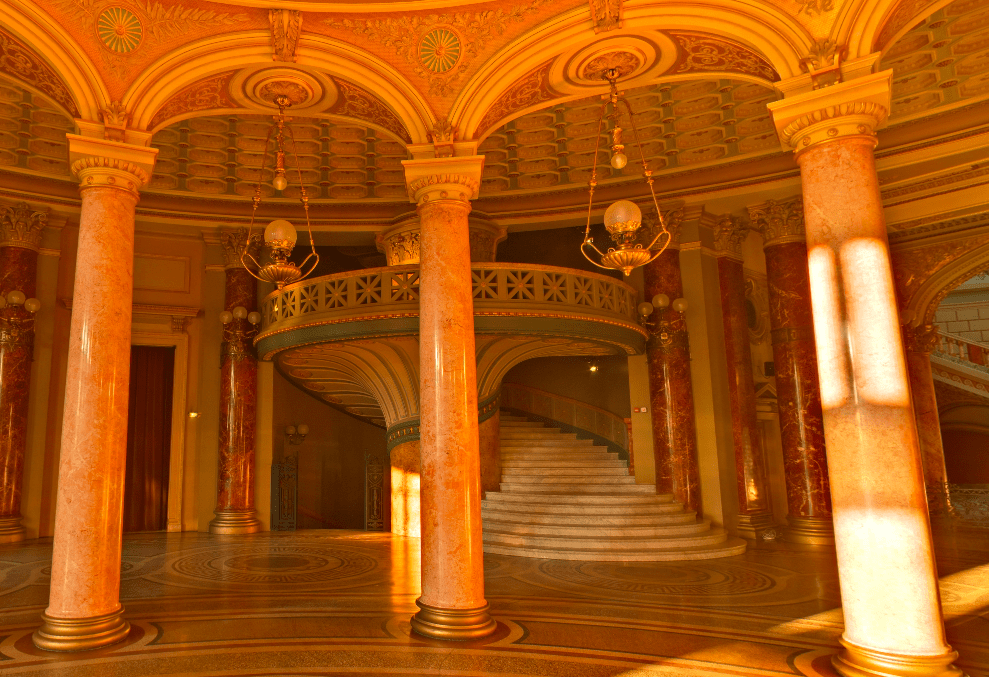 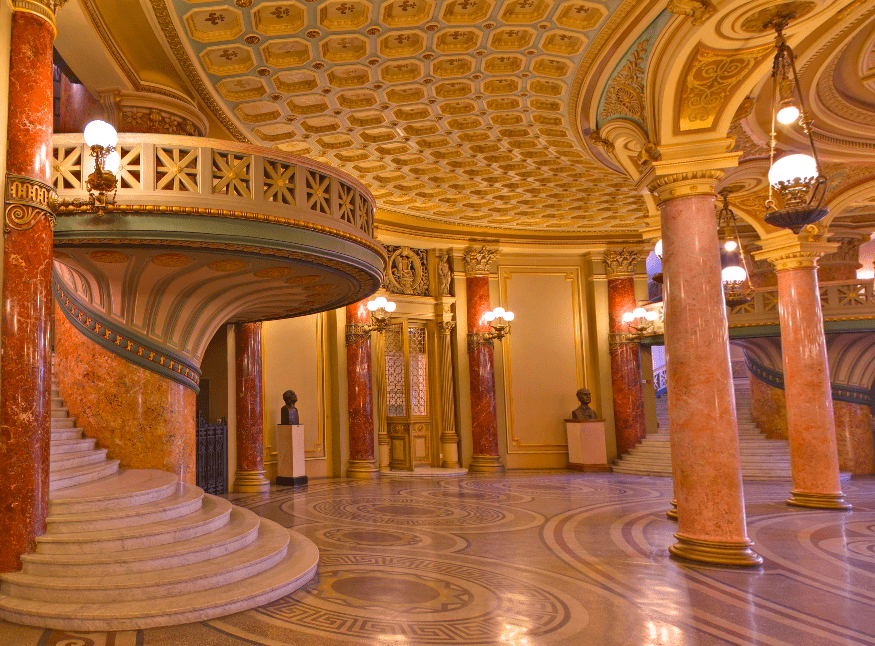 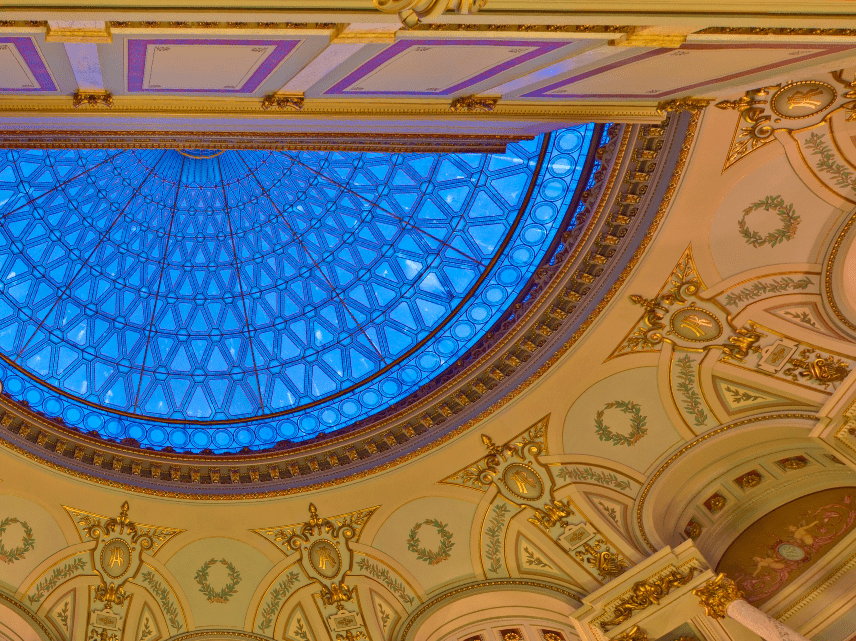 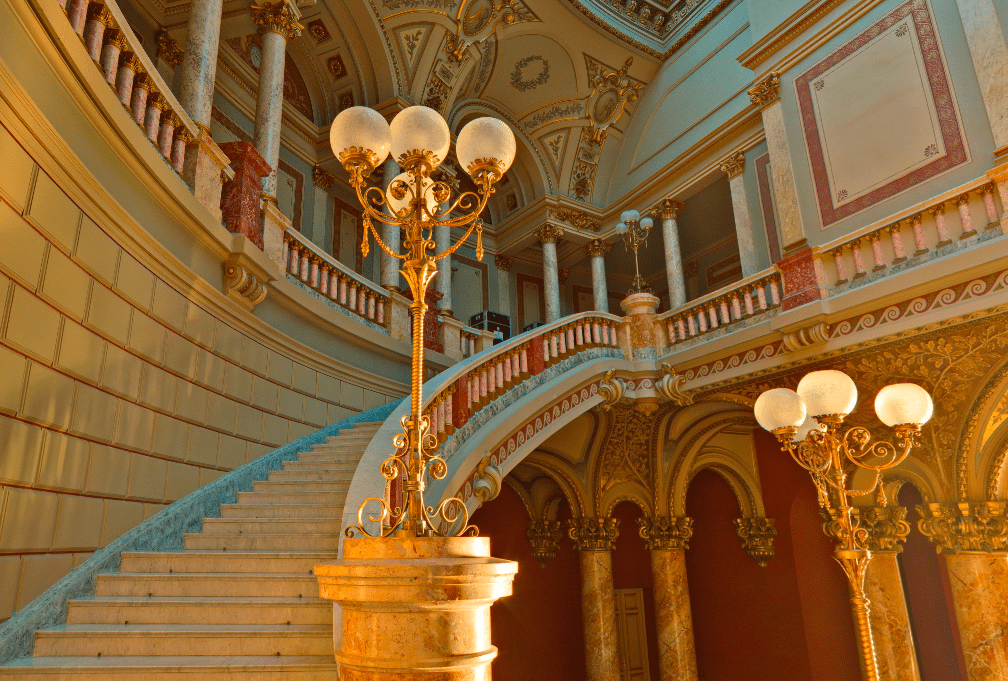 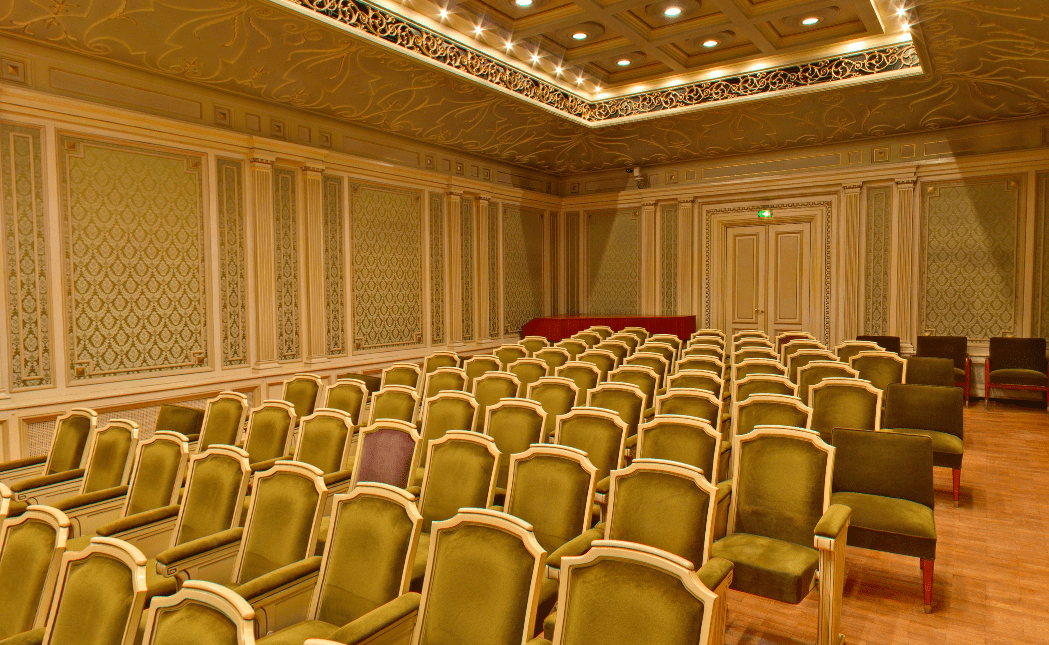 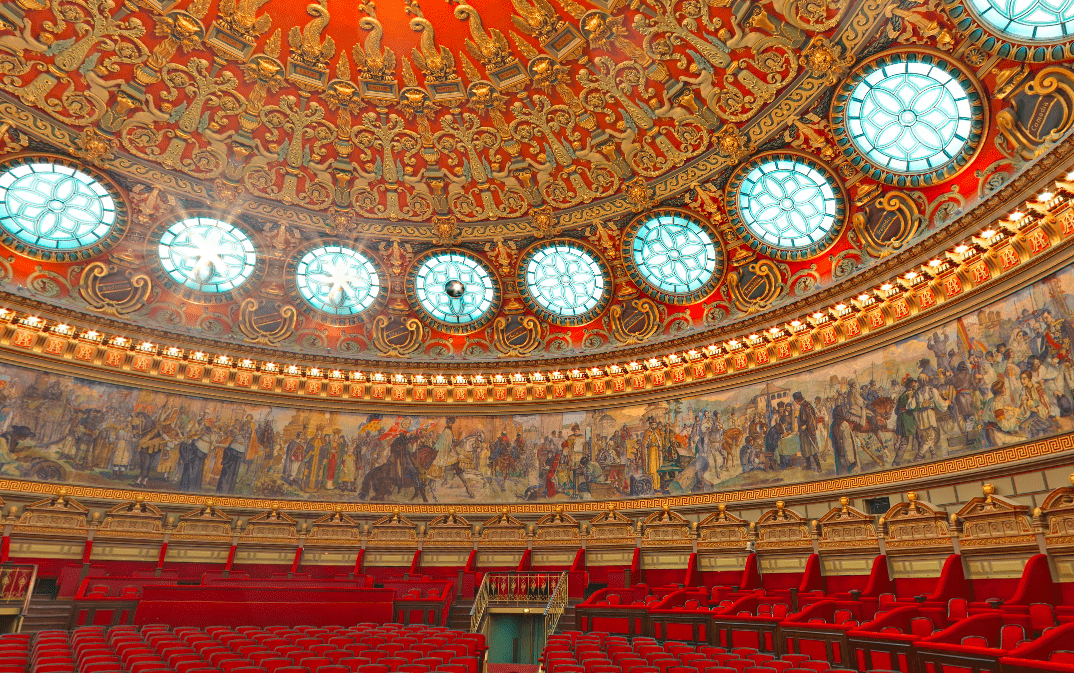 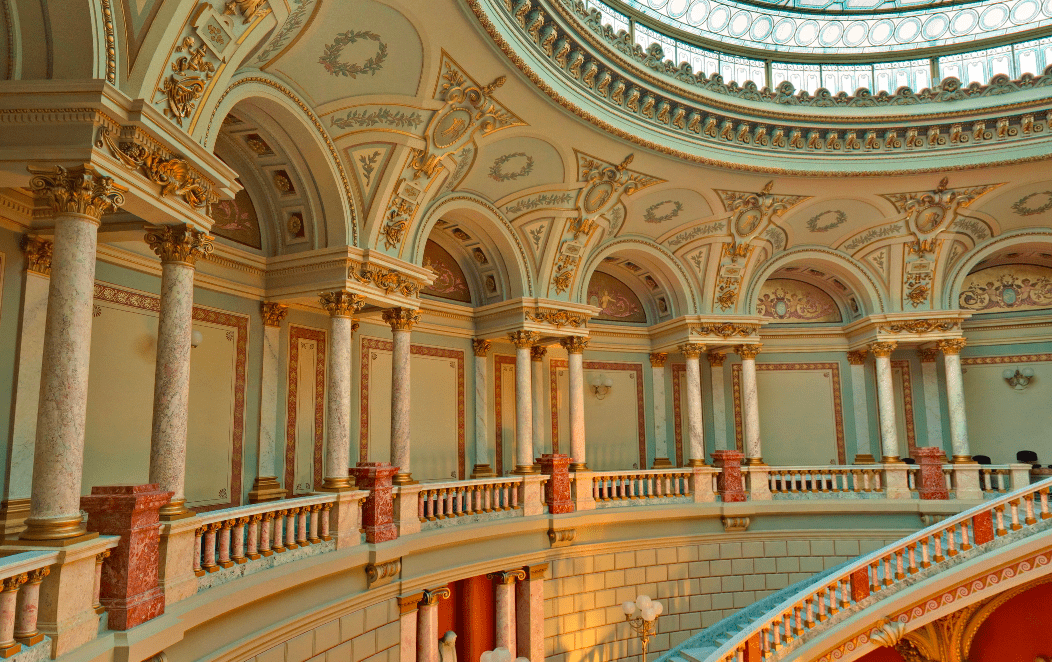 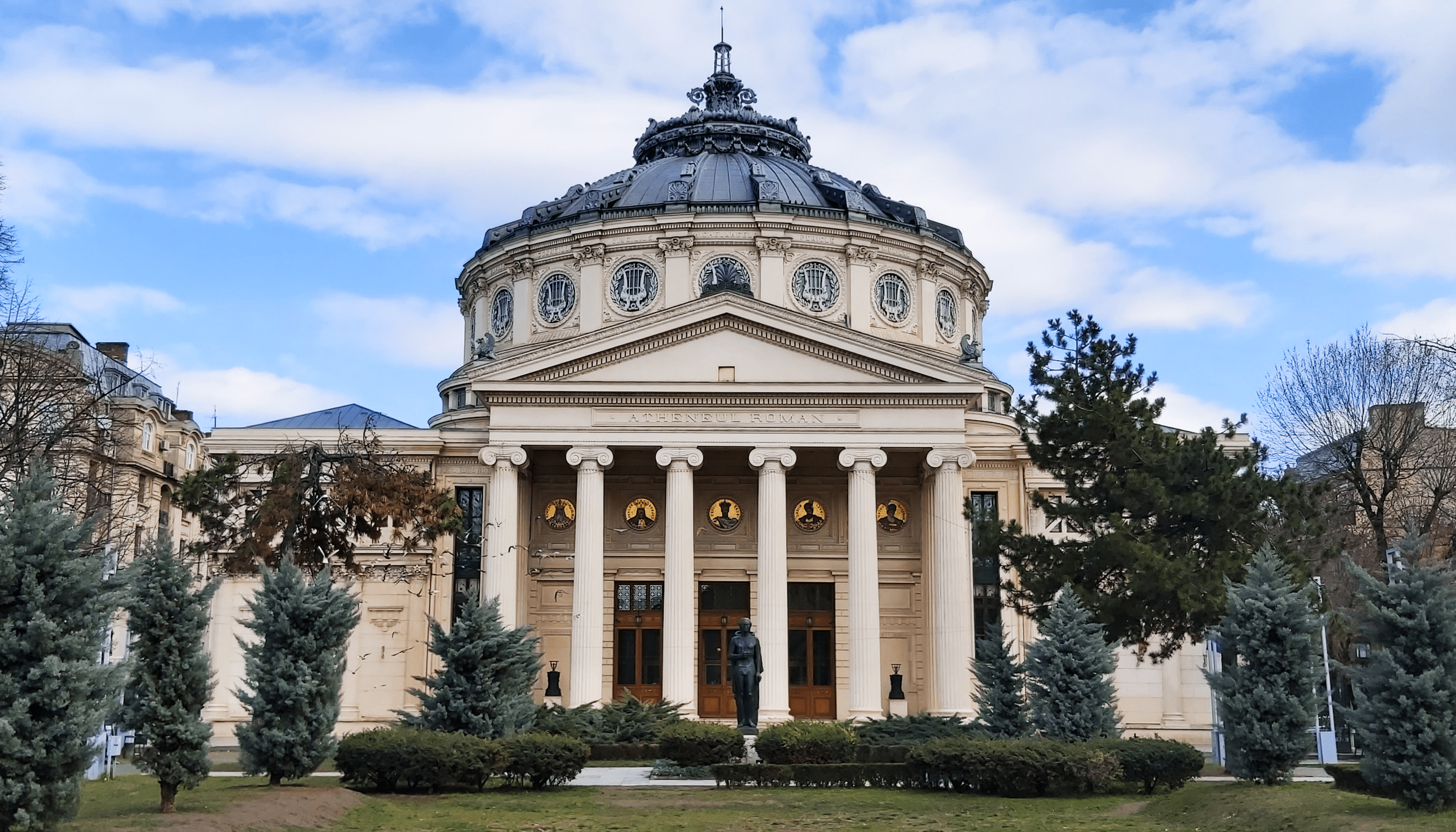