Macca-Villacrosse Passage is a covered passage from Bucharest, making the connection between Calea Victoriei and Lipscani Street, through the exit of the Eugeniu Carada street.

At the end of the 19th century, Bucharest became an increasing economic power. The majority of economical institutions had the headquarters in the center of Bucharest, more exactly in the old area of Bucharest. For this reason, the Municipality decided to make a shortcut between the Bucharest Old Town and Calea Victoriei (Victoriei Street). At that time, Calea Victoriei was the main street in Bucharest. Thus was born the idea of a pedestrian passage.

The story tells us that in this area there were three buildings. Two of the owners, on their names Macca and Villacrosse, agreed to sell their houses in order for the passage to be built. The third one does not want to sell his inn. And we can understand his decision. To have an inn in the old town of Bucharest, then and now as well, meant a lot! In this case, the city Hall is rethinking the plan and building a pedestrian passage with two wings that surrounds the inn.

After the Chief Architect of Bucharest, Xavier Vilacrosse (a Catalan architect who had followed the French school), married the daughter of an inn owner from Bucharest (1843), the couple received the inn as a wedding present, renaming it with the architect’s name. Toward the end of the 19th century, it was demolished, being replaced by a two-stories-high, ornate structure, in the style of Western passages.

Macca-Vilacrosse hosted the first Stock Exchange House of Bucharest before a larger and more appropriate structure was built. Between 1950 and 1990 the passage was called Bijuteria (“Jewelry Store Passage”), but the initial name was restored afterward.

Today it hosts several indoor/outdoor eating establishments, including an Egyptian-themed bar/restaurant, the Blues Cafe, a bistro, a Chinese restaurant, and a wine bar. It is important to know that the passage is known as King Valley. The name is taken from the first cafe in Bucharest where hookah was smoked. This part of the old town is frequented mostly by young people and tourists. 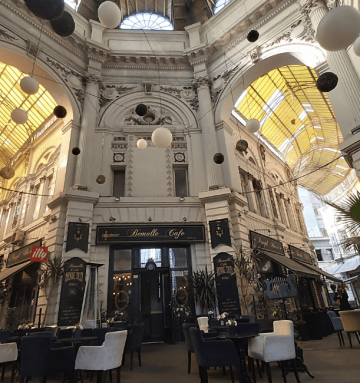 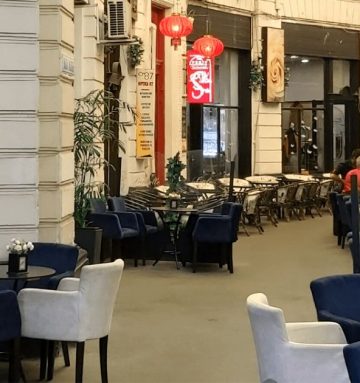 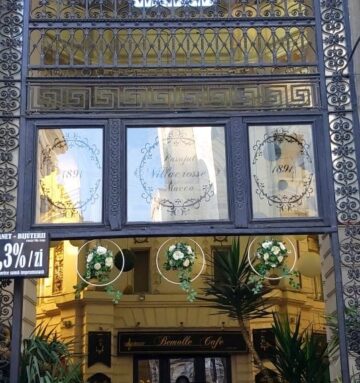