Zambaccian Museum is an art museum in Bucharest, located near Dorobanților Square, on Zambaccian Museum street, no. 21A. It is located in the former home of Krikor Zambaccian (1889 -1962), a Romanian businessman of Armenian ethnicity, reputed critic and art collector. The museum was founded in 1947, the exhibited pieces belonging to the impressive art collection donated by Krikor Zambaccian to the Romanian state, together with the building.
The museum was closed by the regime of Nicolae Ceausescu in 1977, when the exhibits were moved to another location, and reopened in 1992, within the original headquarters. Currently, it is a branch of the National Museum of Art of Romania. The works of art on display include works of painting, sculpture, graphics and furniture. These include a collection of works by Romanian artists, including a portrait of Zambaccian, painted by Corneliu Baba, as well as works by several French impressionists.

The Zambaccian Museum houses over 300 objects of plastic and decorative art and is currently a branch of the National Museum of Art of Romania.
The Zambaccian Museum is a place worth visiting not only to see the impressive collection of paintings, statues, and furniture but also to feel that atmosphere of peace. If you want to take pictures inside the museum, you have to pay a tax of 50 lei. 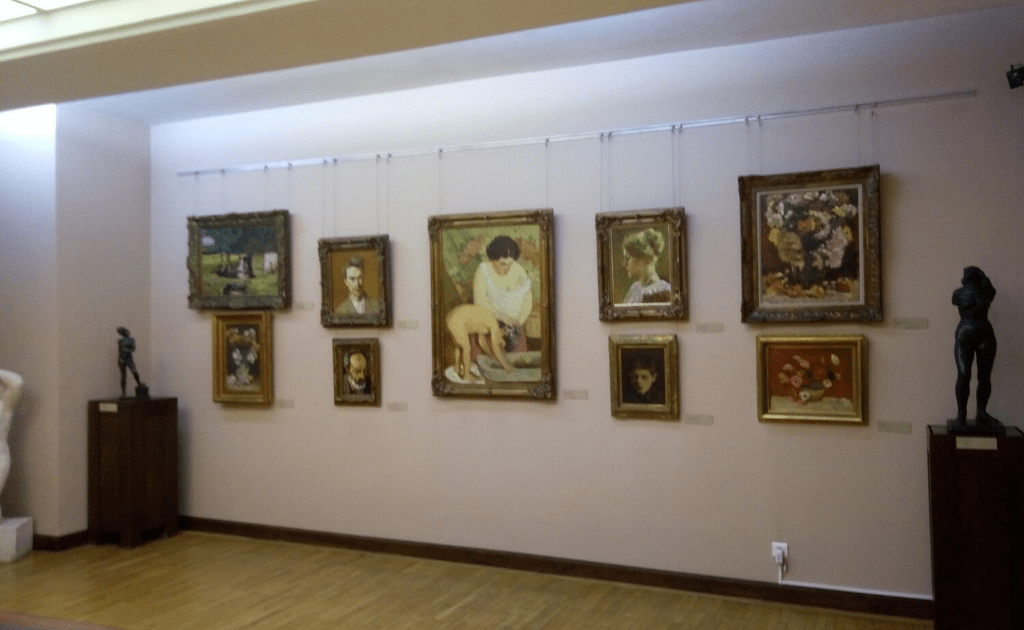