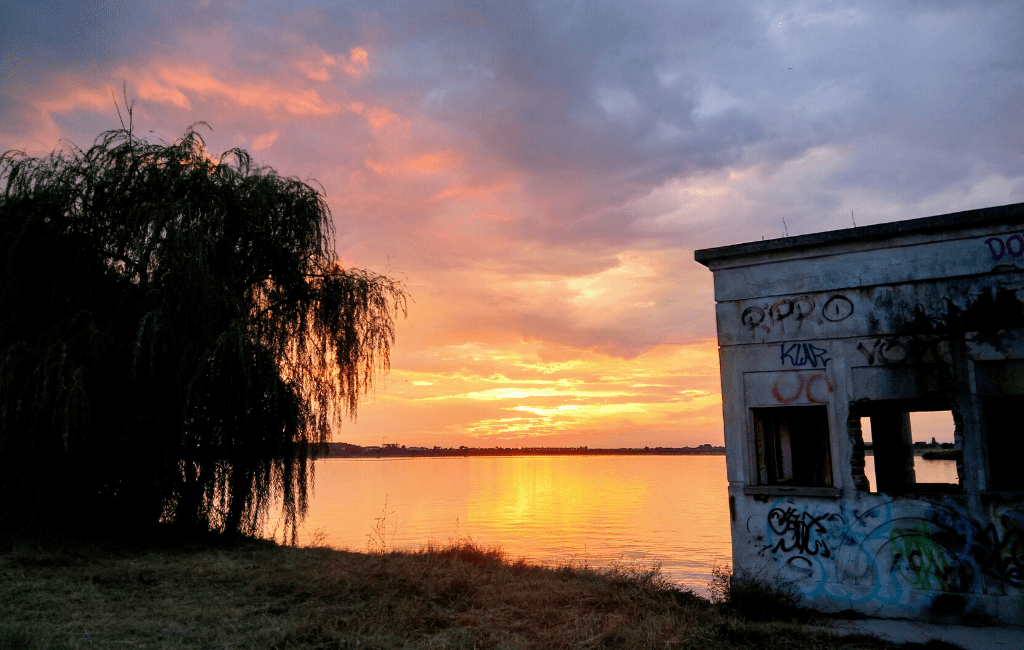 Locals talk about 203 children spirits who would haunt this house. Legend has it that there was an orphanage where street children were brought by the owner of the house, Stavrache Hagi-Orman, a man of pure wickedness. The children were not allowed to eat until they passed out from hunger.

Many of those who pass by this house have said that after midnight the sharp voices of the little ones are still shouting „We want water!” Some people say that an orphanage functioned a long time ago at that address, but there are no official records of it.

House of the Devil

The house is located on General Praporgescu Street. This house, fully covered in ivy should be under the influence of an evil spirit. During the interwar period, a man killed here two women, and the third woman who lived here committed suicide.

Also, some say that on nights with a full moon on one side of the house you can see the number 666, a symbol of the devil.

The Cismigiu hotel was built at the beginning of the twentieth century and it was formerly known as the Palace Hotel. Due to its central location, the building was fully exploited without receiving the necessary improvements. Thus, the hotel closes in 1970. After the revolution in 1990, the hotel is given to the Theater and Film Academy, serving as a hostel for students.

Legend has it that one weekend when students were gone, the hotel was stained with very negative energy. A young student from the Republic of Moldova collapsed in the elevator house. What is very sad is that she did not die immediately, but she suffered in terrible torment three more hours after the unfortunate event, and then died. The girl cried many hours for help, but no one heard her. Therefore, it is said that the young woman’s ghost still haunts the hotel and you can hear her terrible screams coming from the elevator shaft.

Chiajna Monastery is a place of worship located on the outskirts of Bucharest, at the periphery of the Giulesti-Sarbi neighborhood. The historical monument is the subject of many legends and urban myths, gaining its notoriety especially in recent years since the monastic life restarted in the area.

An urban legend states that there is a curse haunting the place for centuries and that during some nights, locals have noticed a gigantic shadow lurking on the walls of the ruins; but there are several variants of the legend: allegedly the former abbot had died of the plague and the church didn’t get to be consecrated; others say that Mrs. Chiajna, a boyard lady, killed her own daughter because she decided to marry her loved one, not the man that was imposed on her; and another version is that, in order for the Turkish invaders not to notice the place, the locals took down the church bell and threw it in the waters of the river, hence bringing the curse upon them. Nobody knows whether any of these legends are real, but the beauty of the place still preserves a surreal serenity, despite the gloomy tales.

Due to the impressive size and mysterious past, Chiajna Monastery has aroused the interest of many photographers, and also artists took footage of this place for their artistic projects.

The beautiful Vernescu house on Victory Avenue is supposed to “accommodate” a few ghosts. Three players who had lost their fortune at roulette and then committed suicide are said to have remained spiritually attached to this place, which still serves as a casino.

They move the furniture around or even appear in front of people. Equally strange is the smell of sulfur, which can be felt sometimes in the yard, which is the reason why local residents have called the building “Cellar of the Devil”.

All these legends don’t seem to scare the current casino customers who still come here to try their luck.

You can see this haunted casino during your tour of Calea Victoriei.

There are over 300 funeral monuments in Bellu cemetery and almost each one of them conceals a story. Bellu Cemetery was formed following a decision of the local authorities made around 1820, which provided for the dead not to be buried next to the churches in the city, but at its edge to avoid epidemics of cholera and plague.

Many of the funeral stones have very interesting stories behind them. For example, at the beginning of the twentieth century, a young couple committed suicide after they found out that they were in fact stepbrothers. The Italian artist Raffaello Romanelli captured their tragic love story on a stone monument.

In conclusion, if you take the time to find out more about the buildings and monuments scattered all around Bucharest you can discover many interesting stories.

Ciurel Lake is an artificial lake created by the communists to prevent the river Dambovita from flooding. There are a church and a cemetery at this location, but the communists put concrete around it and made an island in the lake. It was meant to be an island for concerts and other entertainment activities, but today it lies in ruin, where photo enthusiasts like to visit for a photoshoot.

Why is Ciurel Lake also called the Lake of Lost Souls?

In 1985, Nicolae Ceauşescu requested an accumulation lake to be constructed in the Crângaşi neighborhood, so that the Capital would be protected in case the Dâmbovița River would cause floods. The dictator hastened the works and ordered that the lake be completed in no more than two years. The lake was built by a dam 15 m high, with a central body of concrete, earth dams extended lengthwise with a total length of 7 km.

Hundreds of houses were demolished and dozens of families were forced to move. However, in that area was then the Crângaşi Cemetery, as well as the Church of St. Hierarch Nicolae, built in 1564. A year later, in 1986, the relatives of the people buried there were announced that they had to dig up the remains and move them. The time allowed was far too short, with people only having a week to dig up their loved ones.
Most of the people did not have time to do so, but the construction could not be postponed. Bulldozers entered the cemetery, passed over corpses, and shaved the Church of St. Hierarch Nicholas on the face of the earth. The place of worship was demolished on the day of the celebration of Saints Constantine and Helen.

More than once, fishermen who have been fishing in Ciurel Lake since 1987 have said that they have experienced strange sensations or that they have had horrific experiences. Over time, as more and more drowned in the waters of the reservoir, it became known as the „Lake of Death,” and more and more began to believe in the force of the curses. 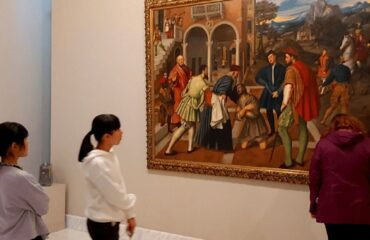 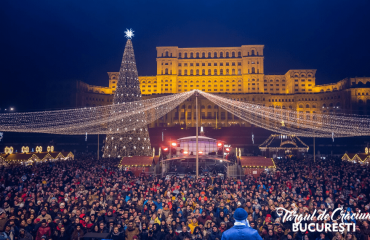 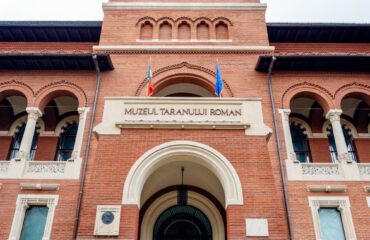