Bucharest Auto Show & Accessories 2021, between 7 - 17 October 2021 at Romexpo in Pavilion B2 and the related outdoor area, presents the latest models and technologies in the automotive field.

Bucharest Motor Show & Accessories 2021 is real support for the automotive industry's recovery, maximizing sales and strengthening its presence in the market by serving as the primary meeting and interaction point for professionals in the industry.

At the Bucharest Auto Show & Accessories, we make every effort to create a safe space for all participants. Wearing a protective mask is mandatory throughout the visit.

Access to the Bucharest Auto Show & Accessories is made by paying the equivalent value of the entrance ticket, presenting an identity document, and observing one of the following measures:

- European COVID digital certificate - Vaccination Certificate for persons vaccinated against SARS-CoV-2 virus, for which 10 days have passed since the completion of the complete vaccination schedule;

- European COVID digital certificate - Recovery Certificate for the period between the 15th and 180th day following confirmation with SARS-COV-2.

Access for people with disabilities and a companion - free.

Children under the age of 12 must not present medical proof for access to the event.

ROMEXPO is the leader of the Romanian trade fairs and exhibitions industry, combining tradition with international experience and quality, all for the benefit of exhibitors and specialist visitors who, year after year, confirm the good reputation of the company.

ROMEXPO is the largest Exhibition Center in Romania, its spaces being suitable for any type of event: fairs and exhibitions, concerts, shows, congresses, MICE events, demonstrations, sports competitions, courses, business meetings or private parties and is located in Bucharest Free Press Square. The total area of ​​the exhibition center is over 300,000 sqm of which approximately 57,000 sqm is the actual exhibition space (indoor and outdoor) [1], divided into 10 pavilions, 5 conference rooms, 1 workspace - CITY HUB and parking of over 2000 seats.

Annually, more than 180 fairs, exhibitions, and events are organized and hosted by companies from Romania, but also from abroad - the degree of internationalization rising to over 50%. In 2017, the center hosted over 900,000 visitors and over 6,600 exhibitors from 46 countries.

There are currently two functional airports in Bucharest: Henri Coandă International Airport(originally “Otopeni”) and Aurel Vlaicu International Airport (initially “Băneasa”). Henri Coandă is the largest airport in Romania and the main center for the national operator TAROM. From here, daily flights depart and arrive from other cities in Romania as well as numerous other airports in Europe, the Americas, Asia and Africa.

Bucharest is the main railway hub of the national company Căile Ferate Române (CFR). The most important railway station is Gara de Nord, from where daily trains leave and arrive from various Romanian localities, as well as from European cities, including Hungary, Bulgaria, Ukraine, Turkey, Austria, Russia, Belarus and others.

Coach remains one of the most popular ways to travel to Bucharest. Local carriers provide a vast network of routes across Europe.

The public transport system in Bucharest is composed of the 77 km metro system and the surface transport network - buses (120 lines), trolleybuses (15 lines) and trams (24 lines).

Ride-sharing apps like Uber, Bolt and Yango are well-established in Bucharest and represent a good alternative to taxis.

You can read more about public transport in Bucharest here.

Also, there are a lot of possibilities for e-mobility transport. From CityLink to Lime, you have many options to choose from. Read more about e-mobility options in Bucharest here.

Bucharest is a budget-friendly destination, with lots of affordable options. Many of the major international hotel chains have establishments in Bucharest, but there are plenty of independent, cheaper options, from hostels to pensions.

Before booking, be sure to read up on the accommodation’s policy. For a better experience, pay attention to the following:

The prices for Bucharest accommodation are (prices depend on the period in which the reservation is made, the number of days in advance, the events that take place) :

What to do in Bucharest

In Bucharest you can choose from many tours in which you will discover the beauty of the city. Also, you can chose to make one day trip from Bucharest. Bran Castle, among others, is waiting for you!

Bucharest surprises many first-time visitors with its cosmopolitan vibe and energy. Also, Bucharest is becoming a hub for newer generations eager to experience the night time chills and thrills.

If you want to stay updated with the pandemic situation in Bucharest, follow the link below. You will find accurate information, updated daily. 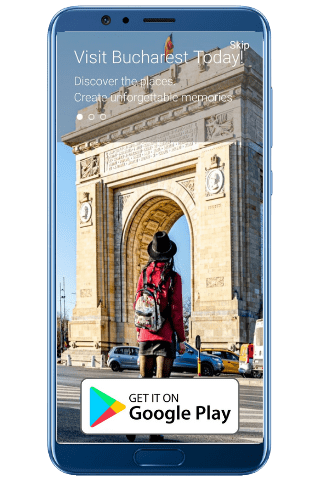