Dinu Lipatti House is situated on Lascar Catargiu Street no 12. It was designed by the famous architect Petre Antonescu, the same one who designed the Bucharest Hall, which is described as ,,a rather strange building”. A bastard rococo house, elegant and at the same time disproportionate, which seems to be on its knees. He looks like a man with a large torso and short legs, being devoid of those noble proportions, which can still be found in Bucharest at some old houses" as his brother said.

Theodor Lipatti, a great violinist, Dinu Lipatti's father, wanted to build here a 14 floor building, but he did not receive the authorization from the Bucharest Hall. In 1933, he decided to build here a building with only 6 fleets, but, like the previews date, his demand was rejected. Thanks to the decision taken by the City Hall, we can enjoy the Dinu Lipatti memorial house today. The house is amazing. You can admire it in its original beauty. Inside it, you will see the original furniture, even the piano of Dinu Lipatti.

But, let's take a leap into the past and see who Dinu Lipatti was. He was born on the 19th of March 1917 in Bucharest, into a family of music enthusiasts. His father, Theodor Lipatti, although a diplomat, was also passionate about the violin. Anna, the boy's mother, was a pianist. His grandfather, Constantin Lipatti, played the flute and guitar.

His musical talent was noticed at the age of 1 year. Although he could not speak, young Dinu hummed his nanny's songs. At the same time, Dinu is found by his father playing a Mozart minuet on the piano. This was the moment when the parents decided to hire a music teacher for such a gifted child.

At the age of 4, Dinu Lipatti is baptized. His godfather is George Enescu. On this occasion, Dinu gives his first concert in front of the family and plays on the piano a song learned in just eight days.

At the age of 5, he has his first concert at the Romanian Athenaeum. Only a few minutes after the first chords, the room rises to its feet. Among the spectators is a 5-year-old girl, his future wife, and great pianist, too, Madeleine Cantacuzino.

The young man, Dinu Lipatti, begins his studies in Paris. Here, he becomes famous. The concerts start in Switzerland and Germany, but also in Bucharest and in the Scandinavian region.

With 5 francs in his pocket, he decides to settle in Switzerland, together with his fiancée, that 5-year-old girl who has now become a real lady. This is truly romantic, a love story that you are only allowed to see in movies!

Diagnosed with leukemia, excluded from the new regime in the Union of Romanian Composers, he doesn't lose hope and in 1950 he starts recording records with the help of Columbia Records. In the same year, he sees his mother again after 7 years in which he could not leave the country, he gives his last recorded concert and, unfortunately, he dies at only 33 years old while listening to Bach's music.

A story that ends sadly, but inspires through the unbridled desire to succeed, through the talent capitalized to the maximum, by preserving the values for future generations. We recommend you to visit this fairytale place. Maybe during your vacation in Bucharest, you will even have the opportunity to participate in a piano concert. The atmosphere will leave you speechless! 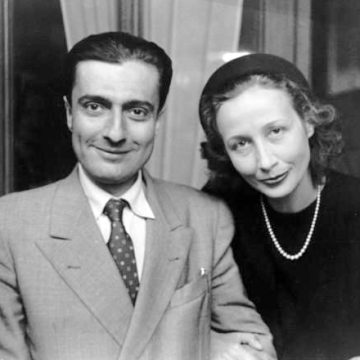 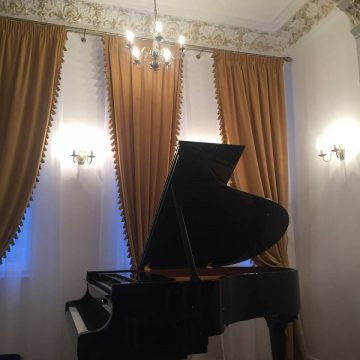 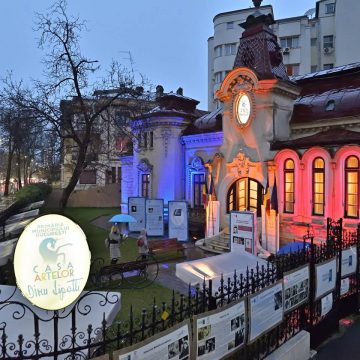 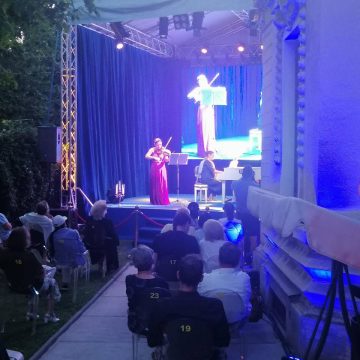