By erecting this monument, Romania assumes its role in exterminating the Jews. Except for Nazi Germany, no other country has killed Jews on such a scale as Romania. However, the part of the Romanian authorities in the Holocaust was constantly minimized after the end of the war. The communist regime distorted the historiography of the Holocaust in Romania, denying the scale of the event or the authorities' responsibility to erode the Romanians' deeds and put them in the position of the primary victims of Nazism.

What does the Holocaust Monument in Bucharest consist of?

On about 3000 square meters, there is the Central Memorial and five other sculptures: the Memorial Column, Via Dolorosa, the Roma Wheel, the Star of David and the Epitaph.

The Central Memorial, seen from the street, resembles the foundation of a building begun but not finished. But as you get closer, the striking resemblance to a gas chamber shocks you. The austerity and tranquillity here overwhelm you. On the walls of this room is a rusty metal band with the names of Jews killed during the Holocaust.

The Memorial Column is 17 meters high and is cast in iron. On each side of the Column is a letter, which together forms the word "Zachor" - "Remember."

Via Dolorosa symbolizes a railway, regarding the death trains that followed the Pogrom of Iasi in 1941 and how Jews and Roma were deported to the camps in Poland and Transnistria.

During the Holocaust in Romania, freight railcars were used to transport Jews and Roma to their deaths. Many Jews from Bucovina and half of the Roma from the Old Kingdom were deported to Transnistria by train. In Iasi, two death trains left in 1941 for Calarasi and Podu Ilioarei and carried 4.432 Jews, of whom 2.594 perished. All Jews in northern Transylvania were deported by train to Auschwitz. 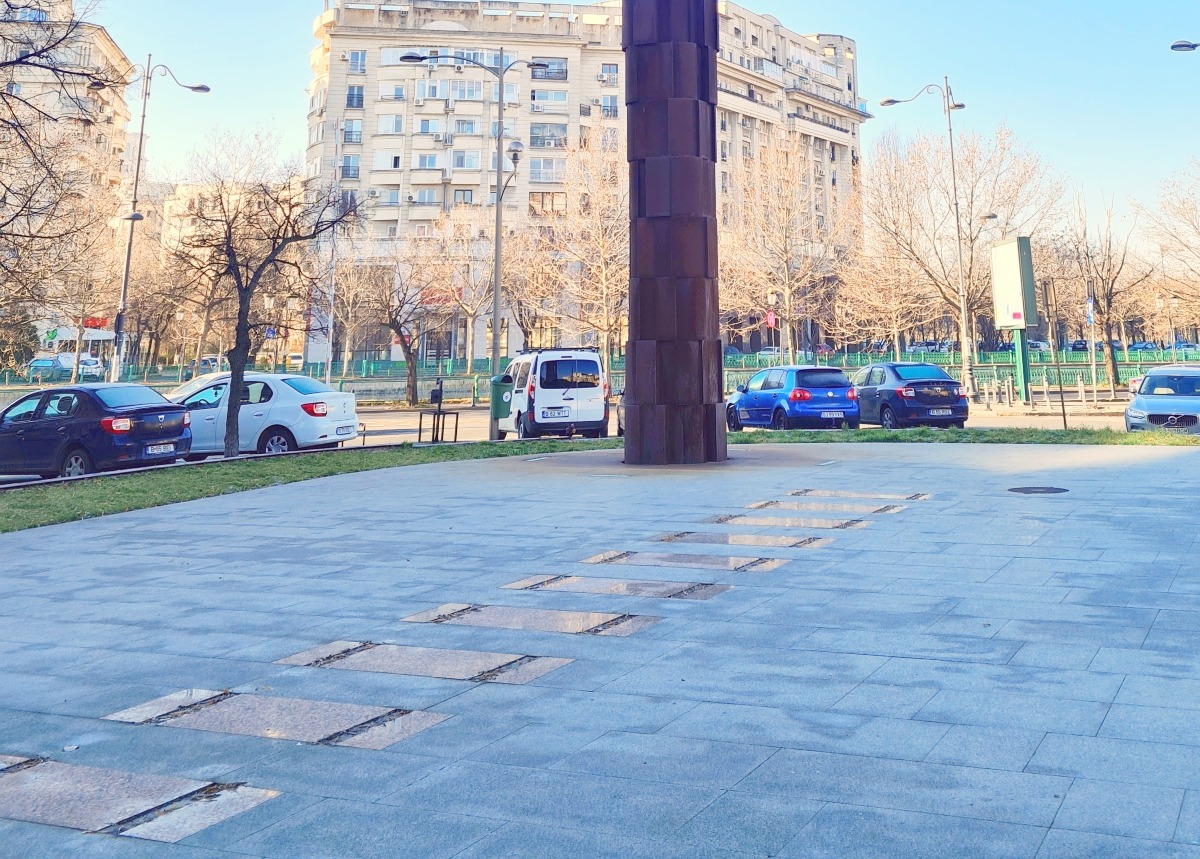 The Roma Wheel evokes the Romani Indian heritage. The sixteen-spoked weel adorns the Romani flag and symbolizes travel and fire.

This sculpture is composed of a massive iron container. Inside, there are fragments of rock cut on one side, inspired by bulldozers pushing the tortured corpses of the victims. Here, according to Jewish custom, visitors can lay a stone. Jews were murdered and buried in mass graves in many towns and villages. To this day, these graves remain unmarked and forgotten.

The Star of David

The Star of David is most commonly associated with Judaism and Jewish people. The nazis and their allies marked the jews with the yellow star of David as a way to separate them from the rest of the population and target them for persecution.

In Bucharest, you will find also, The Coral Temple, a synagogue belonging to the Jewish Community of Bucharest and the largest mosaic place of worship in the capital. 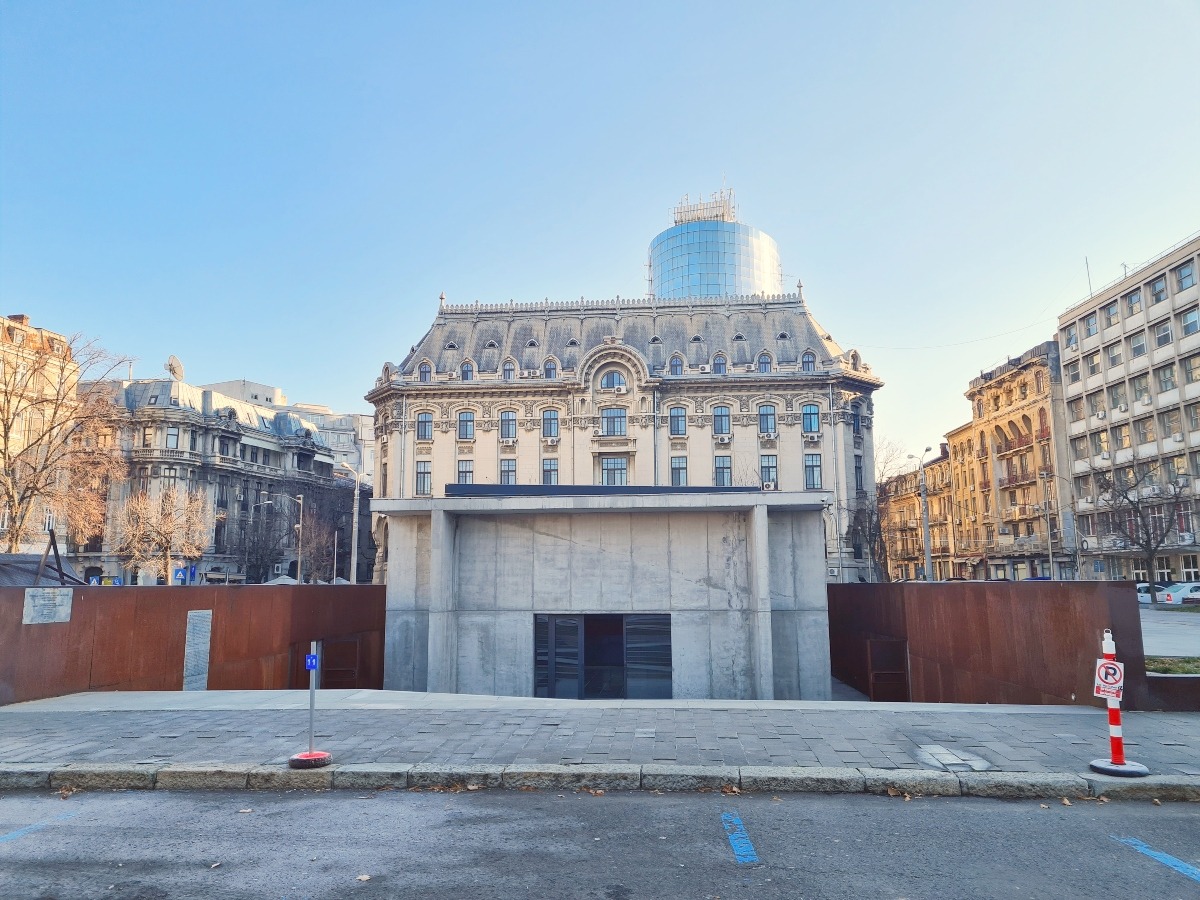 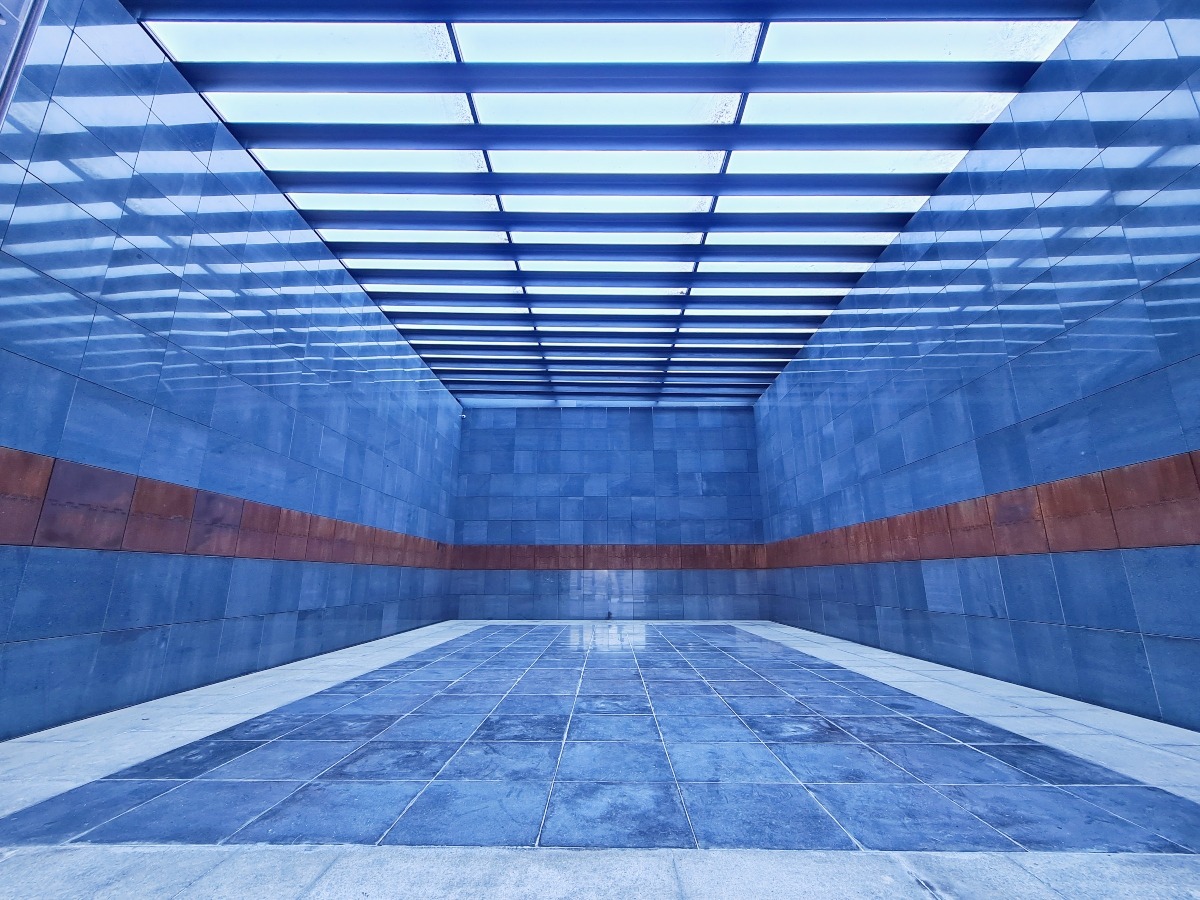 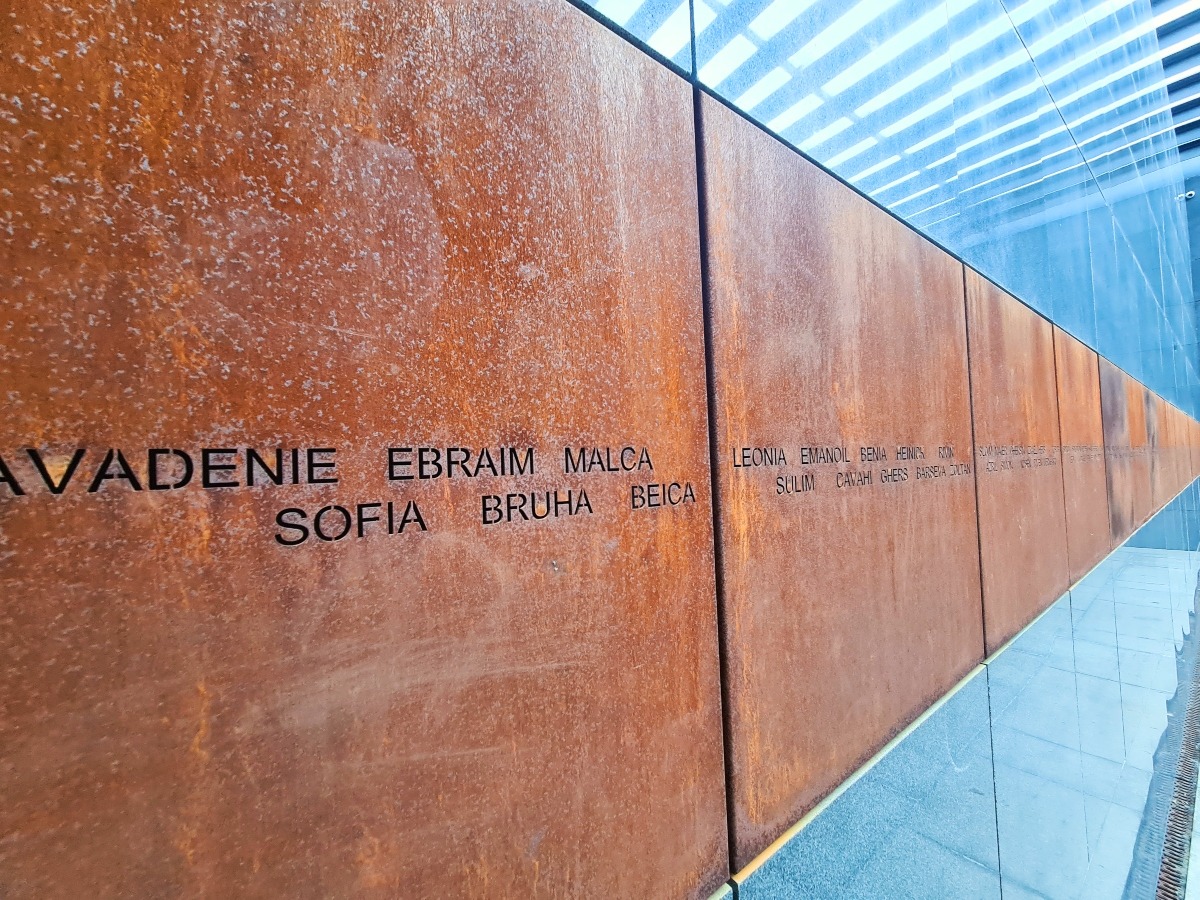 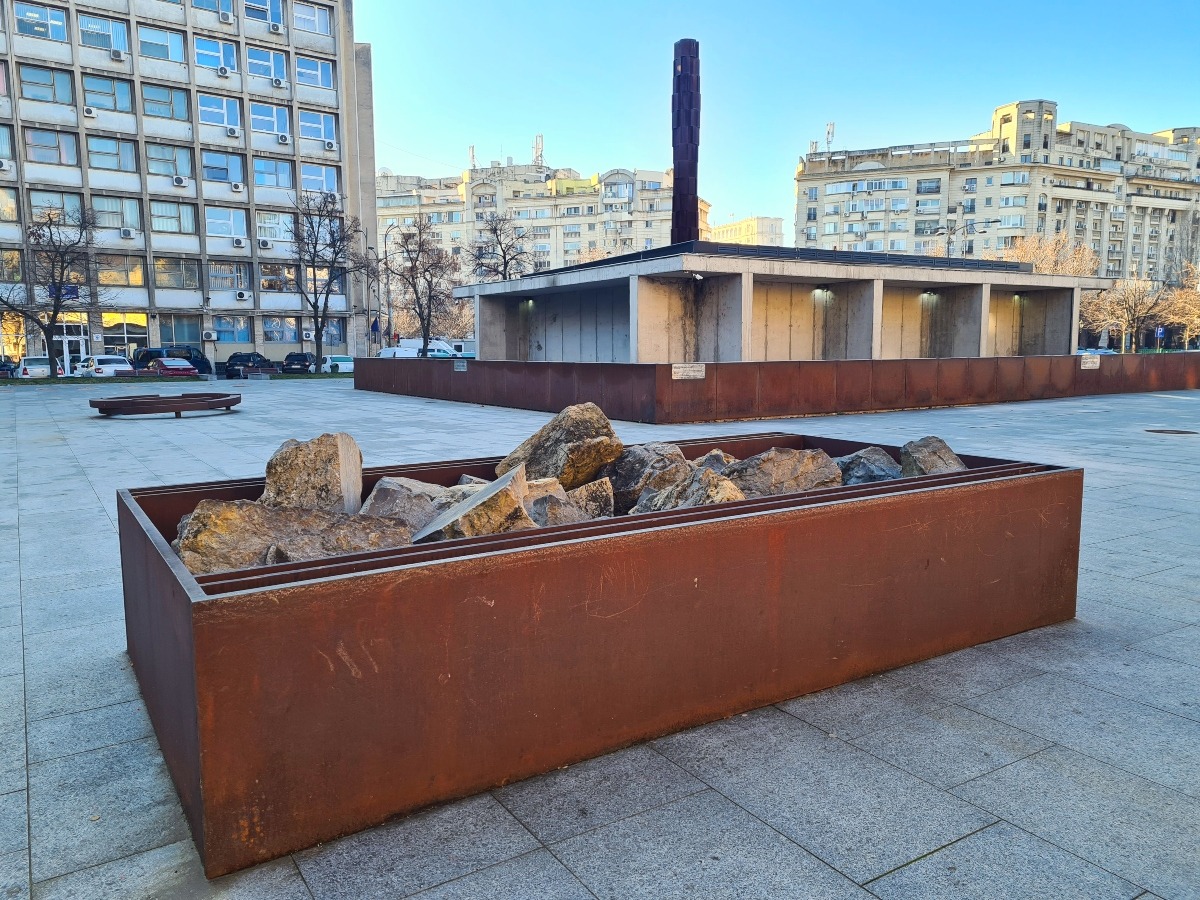 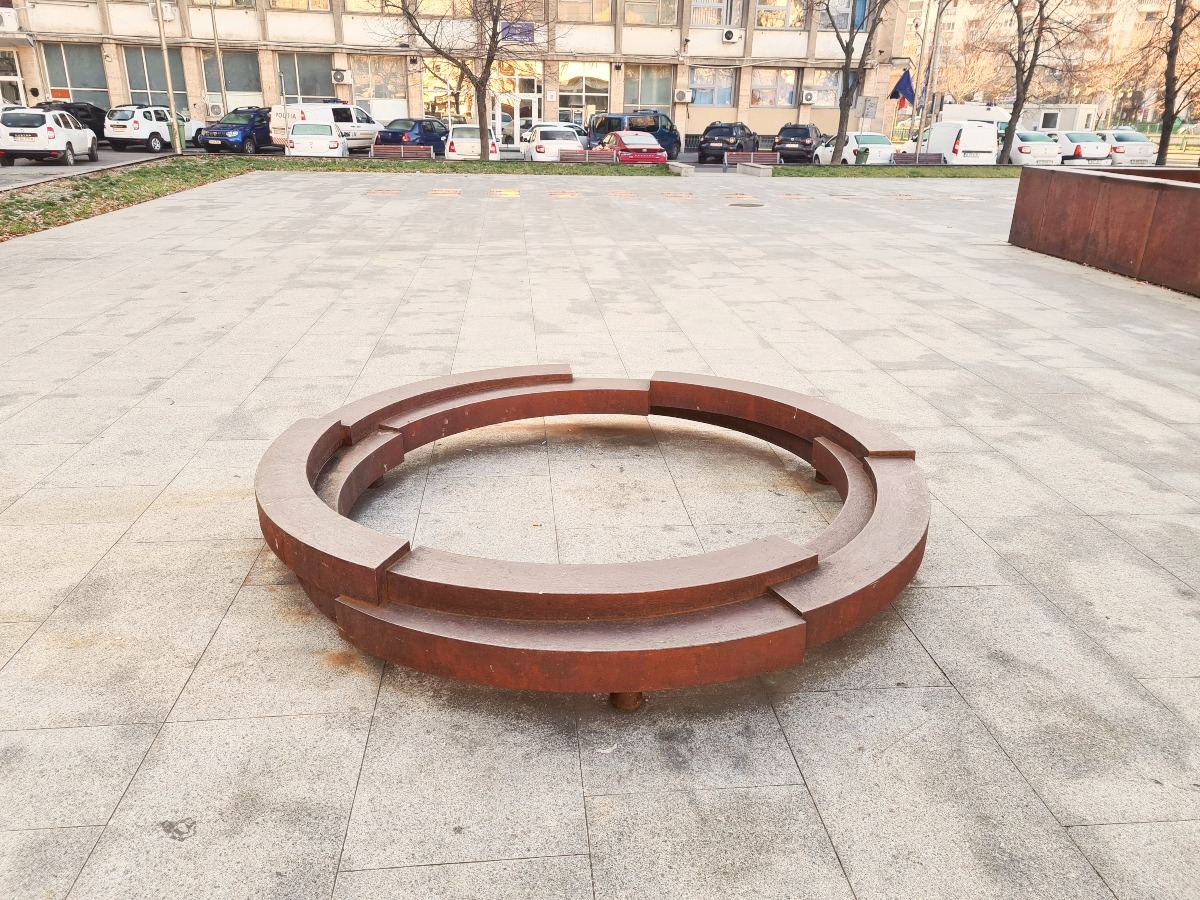 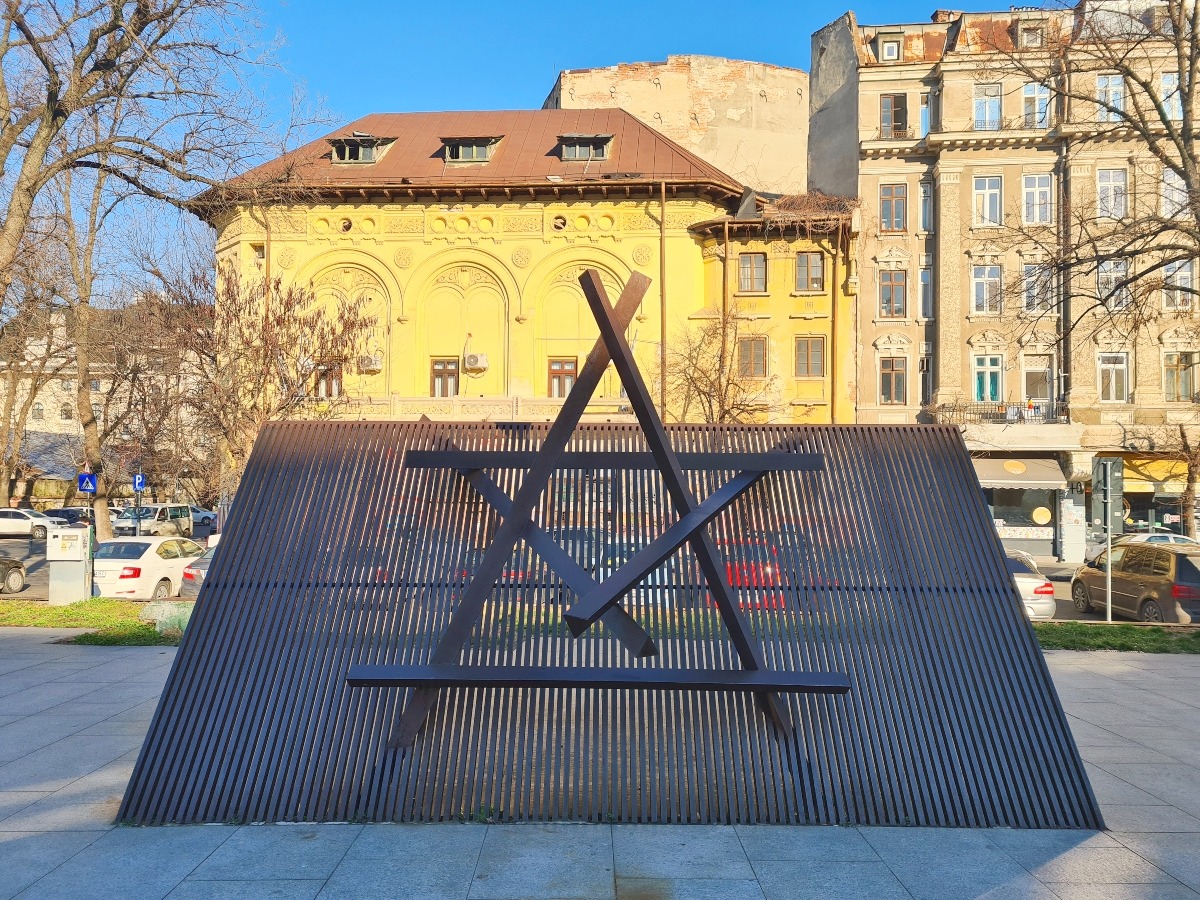 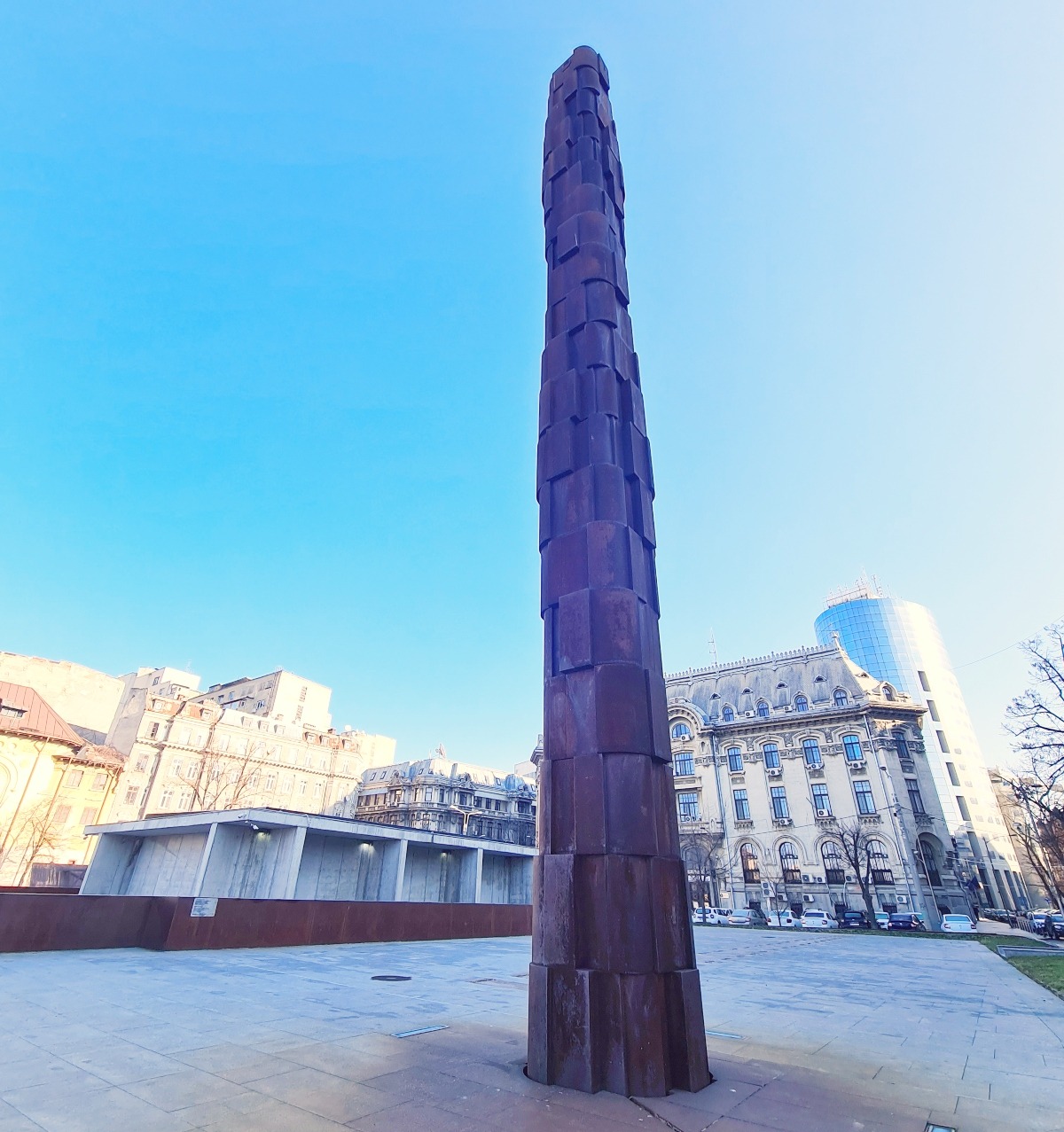