The House of Mița the Cyclist

The House of Mița the Cyclist is one of those houses. This house located in Biserica Amzei Street no 9 (Amzei Church Street) is huge and it is amazing. From your first glance, you will notice the windows decorated with bas-reliefs with lions and cupids. The architecture of the house has the sign of Nicolae C. Mihaescu and it was built at the beginning of the 20th century.

But, let's put aside the architecture of the building, and go back to its owner. Maria Mihăescu (aka Mița Biciclista - the Cyclist) was born in 1885 into a modest family. She accepted the proposal of a German plumber where his mother worked and thus began his career as a courtesan abroad. In the beginning, she became the mistress of King Leopold of Belgium. When she returned to Romania, she came to Bucharest. Here, the future king Ferdinand I, one of her admirers, offers her the current house that you admire at this moment.

Mița Biciclista broked many hearts in her youth, being courted by the most influential men of the time. But what made her famous was her extravagant style for those times.

Imagine a woman cycling on Calea Victoriei, dressed in molded pants, at the beginning of the 20th century, "an irresistible lady who makes all barriers fall" influencing even some decisions of the political figures of those times. 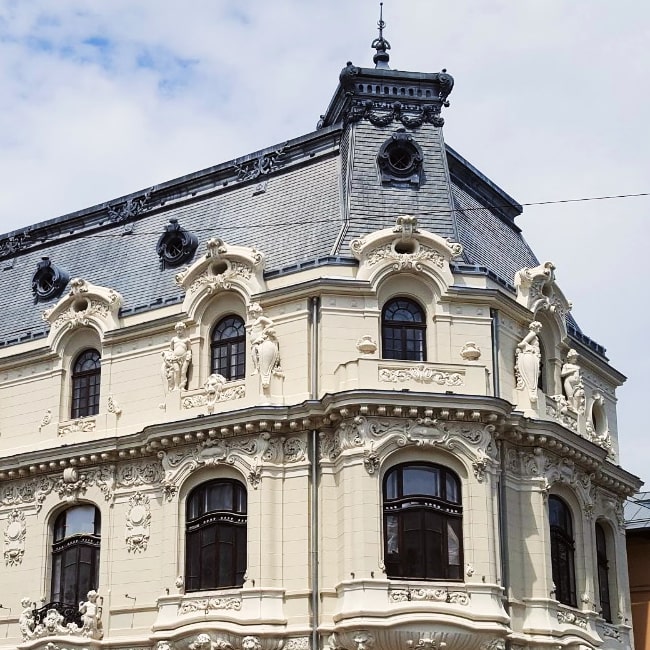 Imagine a woman in the army headquarters dressed in a red uniform, which provokes outrage among journalists and ordinary people. Imagine a woman in her own carriage, a coupe car, and Polish servants she spoke to in French, even though they didn't understand anything they were being told. Imagine a woman bathing in the sea in a bikini, while the rest of the people stayed in their robes when bathing in public.

This was Mița Biciclista, so famous that the newspapers from Vienna called her "Princess Michăescu from Romania". 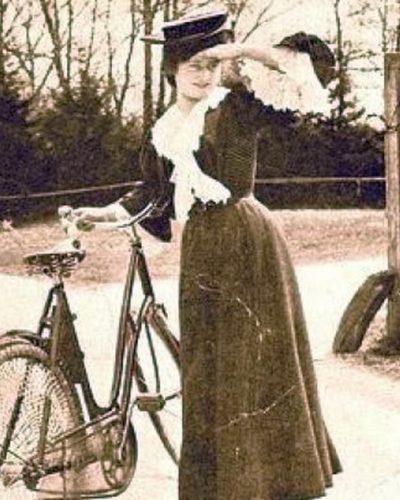 But she made a huge mistake: in 1940, famous Mița has decided to get married to General Alexandru Dimirescu. With the marriage, financial problems appear, and Mita will move to the attic to be able to rent the rest of the rooms. It is said, however, that in spite of her poverty, the woman did not abandon her old habits: she used to dinner at Athenee Palace and to go to the hairdresser. That gives self-respect!

After Mita's death, the house returned to her descendants who sold it to some Spanish people for a tiny sum. Today, the beautiful building is in another renovation process and will certainly be sold or rented further.