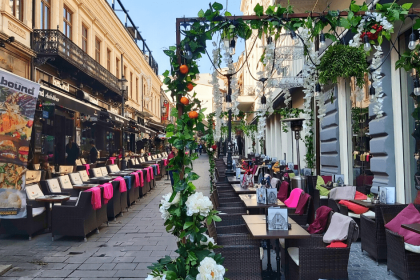 Bucharest has a lot to offer. From beautiful historic buildings, to hidden ‘secret alleys’, beautifully designed shops, quirky museums, street festivals and the craziest nightlife in this part of Europe, Bucharest has got it all.

Are you ready to explore Bucharest like a local? Let’s see together the top things to do while visiting Bucharest!

Visit The Palace of the Parliament

Bucharest has several prominent landmarks that everyone should see while in the city. One of these is the Palace of the Parliament a stunning building and one of the most significant communist landmarks in Romania. It is the largest administrative building in the world and boasts its spectacular architectural design, despite some opinions which criticize it.
Nowadays, the Palace of the Parliament also houses Romania’s Chamber of Deputies, the Romanian Legislative Council, the Romanian Competition Council, and the Romanian Senate.
You can enjoy the spectacular attraction by simply taking a few pictures from outside and walk around it in a good hour walk, but also you can schedule a guided tour inside. Make sure you do it a day before the visit, as it is mandatory to register 24 hours ahead, for security reasons.

Witness a classical performance at the Romanian Athenaeum

Located on Calea Victoriei, the Romanian Athenaeum is an important cultural center and a must-see architectural gem but is also defined by the fact that it is one of the oldest and one of the most important cultural institutions in Bucharest.
This edifice hosts remarkable events, such as George Enescu’s classic music festival, an international attraction for lovers of classic music.

By far the most explored area of the city by international tourists, Bucharest’s historic Old Town is definitely worth exploring for a few hours. The old buildings, each one telling stories about life as it was a century ago, will certainly impress you.
Many of these buildings have on the ground floor terraces, coffee shops, restaurants, and souvenir shops, full of foreign tourists most of the year.
The architecture of the whole place is simply wonderful; there are many old buildings to see and lots of shops and restaurants which worth a visit while in Bucharest.
You can walk into the Old Town from just about anywhere while in central Bucharest.

Walk through the Macca-Vilacrosse Passage

The Kitsch Museum is a boutique museum and has one large room that hosts the permanent exhibition, as well as a gallery where artists can exhibit their work. The museum exhibits are grouped into 6 major categories: Dracula kitsch (kitsch objects that rely on the famous vampire myth), religious kitsch, communist-era kitsch, interior design kitsch, gypsy-kitsch, modern kitsch.
Romanian Kitsch Museum is both an exhortation and a museum space dedicated to those who hold such objects and want to have their own exhibition in the boutique museum.

Bucharest has a lot of old buildings whose walls and roofs are covered in some very creative ways. In one of the latest projects, developed by Make a Point, a group of local creatives has hit a major mark by covering the rooftops of several blocks of flats with murals inspired by the identity of their neighborhood, Pantelimon.

The Village Museum displays a complex collection of over 53,000 traditional objects in the open-air section and its interior spaces. The permanent exhibition features over 300 monuments, including hundreds of years old wooden churches, traditional houses, and installations, all brought to the museum from different corners of the country. Located in Bucharest’s largest park, Herastrau, this is one of the most important cultural attractions of the capital and one of the top open-air museums in Romania.

Bucharest has many old churches, some of them of major historical importance. Dating from different centuries and built in different architectural styles, these churches have state-of-the-art interior paintings and a rich history to recommend them as key cultural attractions. We recommend you to visit the churches of Stavropoleos, Coltea, Zlatari, Bucur, Radu Voda, Sfantu Gheorghe, Sfantu Spiridon Nou, Mihai Voda, Antim and the Patriarchy.

One of the oldest and well-preserved churches in Bucharest is the Mihai Voda Monastery, which is a rare example of medieval architecture. It was built in 1594 by Mihai Viteazul (the first Romanian ruler to unite Wallachia, Transylvania, and Moldova, the historical Romanian provinces) and was surrounded by defense walls, located above the city, at the top of a hill. Unfortunately, today, the church is hidden behind the communist blocks, because at that time, Ceausescu, Romania’s communist ruler until 1989, did not want to see any church near the Parliament Palace and ordered their destruction. The chief architect managed to save 13 churches, moving them with the help of a railway track, which was moved 285 meters to the East. You shouldn’t miss the Mihai Vodă Monastery, which is one of the hidden gems in Bucharest. 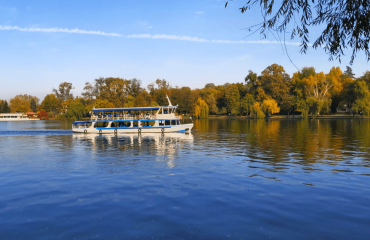 10 things you can do in Bucharest for free 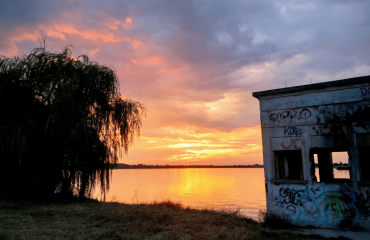 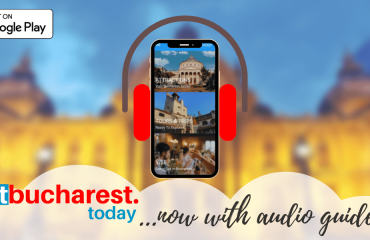