Bucharest in winter is a destination itself. It’s still Bucharest, but the city changes in winter. It’s not only the cold temperatures you must be prepared for but also the unique attractions the city welcomes tourists with during the season.

Bucharest is one of the best cities to be visited during the winter because the nostalgic and harsh cold weather and the shortened daylight fighting to push through still don’t stop all the fun you can have around the capital. You can continue enjoying the leisure, entertainment, and fun activities you usually enjoy in any other season, except that more is added to the list. Outside of popular activities such as theatre, cinema, the multitude of clubs, bars, pubs, restaurants, indoor pools and spas, and many other cozy places can make you feel like you are not stuck in the house but that you are still very comfortable and indulging at the moment.

We will try and offer all the information you need for you to visit the city in winter.

Bucharest in winter: attractions to visit

There are many beautiful places you can visit in Bucharest in winter. And what is there not to love about Little Paris? This charming city has a lot to offer in terms of Instagrammable places, for example.

The Bucharest Christmas Market is one of Europe’s most beautiful Christmas markets. It is the proper destination if you are looking for wonderful, handmade gifts. Not only this, but you can also serve some Romanian beverages and cuisine that are unique worldwide.

Moreover, it’s good to know there is not only one Christmas market in Bucharest, but several. The latest one is open in Drumul Taberei Park, sponsored by the Untold festival. Cool, right?

The main one, organized by the City Hall, can be found right in front of the Palace of Parliament.

This undoubtedly beautiful bookstore opened its doors in 2015. It is the result of a massive, five-year-old reconstruction. The 19th-century building, owned by the Chrissoveloni family, once served as a bank headquarters for about 30 years until it closed in 1948. Later on, it was used as a men’s clothing store and then a general store during Communist times. After the collapse of the Communist regime, the building was abandoned and fell into disrepair until it was rescued by Jean Chrissoveloni, the great-grandson of the first owner, Nicolas Chrissoveloni.

The Romanian Athenaeum is bound to become one of your favourite places in Bucharest. This is a stunningly beautiful building and one of the most photographed places in the city. It is considered a city symbol by some. Still, you cannot visit it inside, but its beauty attracts lots of tourists who take pictures of the building in winter.

The Palace of the Parliament

The Palace of the Parliament is an impressive building, as it is the world’s second-largest administrative building. Not only this, but it is also a

It’s also the most expensive administrative and heaviest building in the world. And honestly, when you visit it, you understand why the Romanian Palace of Parliament holds all these records!

Therme Bucharest – the very best Spa you should try in winter

Winter in Bucharest at Therme is something you should definitely look forward to! It gives you that neverending summer feeling you might want to experience during winter.

Therme is organized into three distinct spaces, each with different entrance prices. If you have chosen an area and paid for it, but you want access to another area, with the electronic bracelet you have received at the entrance, you can access other areas, not before being informed at the access points, which is the extra price on which you will pay if you access the area.

The Historical Center of Bucharest, or the Old Town, as it is called by the locals, is one of the most beloved and attractive areas in Bucharest, a place steeped in buildings built in neoclassical and neo-baroque style. Many of these buildings have terraces, cafes, restaurants, and shops on the ground floor, full of foreign tourists and locals most of the year.

You can enjoy long and energizing walks in the fresh cold, together with indulging in the beautiful sceneries that winter creates with the help of the city lights and Christmasy decorations ornating every park closer to you and the city center. People can enjoy traditional dishes and delicious mulled wine, part-take in activities that can be enjoyed by the whole family, listen to and spectate various thematic shows and concerts, and have the best time.

Bucharest climate in winter: How cold does it get?

Bucharest in winter has some average temperatures of 4° / -2° in December, but it may get colder in January: the temperatures drop as low as -4°. The minimum temperatures can drop to -10°, so be sure to check the weather in advance before flying to Bucharest.

The precipitations in Bucharest are scarce in winter, it can snow quite rarely most of the time. But that is just the charm of winter in Bucharest. Due to global warming, during the winter months, it hasn’t snowed much in recent years, and residents used to go to the mountains to enjoy snowy slopes and winter games.

What to wear during winter in Bucharest?

When packing for Bucharest during winter, make sure to add some warm clothes. Although the precipitations are quite scarce, it can get pretty cold. Make sure to take at least one pair of gloves and a thick scarf – you might not need them, but you never know. And don’t forget your coat and hat. Sometimes it may snow quite a lot, and you want to get ready if you want to build a snowman!

Romanian traditional dishes to try while visiting Bucharest in winter

You will find SARMALE in every traditional restaurant you enter. They are a culinary preparation of minced meat (usually pork, but also beef, sheep, poultry, or even fish), mixed with rice and other ingredients and wrapped in rolled cabbage leaves.

Yes, the same polenta you will receive with sarmale can become an absolutely delicious dish with cheese and sour cream. Depending on the area from which it comes, it is cooked in many variants: with cheddar, bellows cheese, fresh or even sweet cheese.

Ciorba de fasole cu ciolan (Bean Soup With Smoked Ham Hock)  is an integral part of Romanian cuisine. There are noticeable differences from area to area. In the south of the country, it is cooked with several vegetables.

Romanian tradition says that if you have a COZONAC on the table, it means that you are celebrating. This is how, during the holidays, Romanian housewives start kneading the Cozonac dough. Whether it will be filled with walnuts and cocoa or Turkish delights, the Romanian COZONAC is a must-have dessert for Christmas or Easter.

Bucharest in Winter: How do residents celebrate winter in the city?

Romanians have many customs on Christmas and New Year’s Eve. They might choose to celebrate the holidays in the city with their friends. Or they might choose to spend the holidays in the countryside, where there are many unique traditions, such as Plugusorul. Plugusorul is a traditional Romanian custom where boys tinkle a bell and sing a song with the same name. Romanians also celebrate St. Nicholas on December 6. They receive sweets and sometimes toys from their parents. In December, kids write a letter to Santa, hoping that on Christmas Day, they will find some presents under the tree (if they behaved well during the year) or coals (if they had been naughty). Another interesting custom is Capra (The Goat) or Ursul (The Bear). Kids gather together, dance and sing, visiting their neighbours. Sometimes they receive oranges or sweets, but also money.

The New Year’s Eve in Bucharest

New Year’s Eve is a wonderful celebration time, and Romanians make no exception. Usually, they gather around the table with their families and greet each other: „La multi ani!” or „An Nou fericit!”. They also light fireworks or firecrackers.

The open plazas are full of people during New Year’s Eve, and all of them wait for the concerts, and the fireworks show to begin while having a cup of wine or even champagne. Check for the Piata Constitutiei, Piata Universitatii or Piata Revolutiei, where most of the shows are organized each year.

Lastly, for people that are part of the ”no snow, no winter” group, we recommend you to travel to any of the numerous mountain-side locations that Romania offers. According to your preferences and interests, you can have a real feel of the core cold weather, slay the sleigh hills, go skiing, snowboarding, mountain climbing and hiking, forest hiking, mountain camping, and of course, for the softies, you can also enjoy numerous therapeutical and relaxation retreats.

If we succeeded in persuading you to visit Bucharest in winter or if we managed to offer you additional info if you already head for the city, we are satisfied. Either way, Bucharest is a destination to consider during the cold season. And, despite the low temperatures, the city warmly welcomes its visitors. 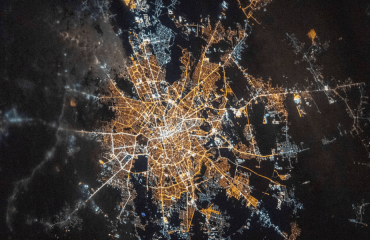 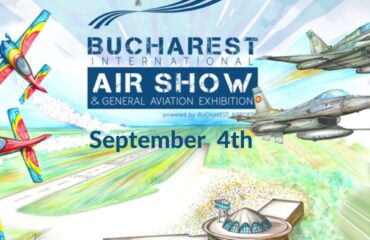 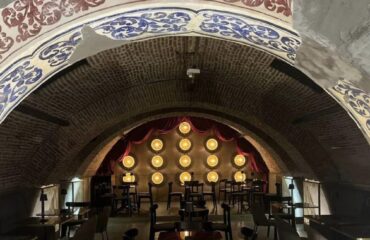 The Oldest Cafe in Bucharest Reopens